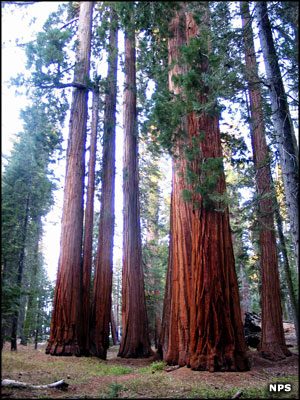 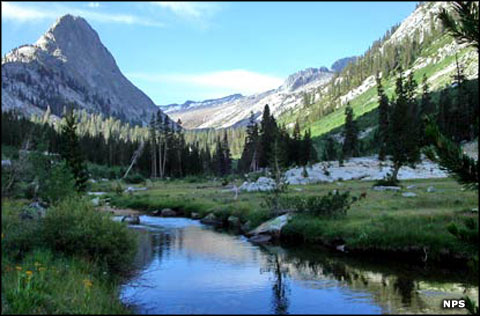 The first Spanish explorers arrived in the area in the mid 1700's and brought their famous diseases with them. By the early 1800's, the local Native American populations had declined precipitously and much of the countryside was empty of humans. Then came the prospectors, then the cattlemen and loggers. It was the loggers who forced the US Government to make some of the larger sequoia groves into Sequoia National Park. There were almost no usable roads into the area until a contingent of Buffalo Soldiers from the San Francisco Presidio built the first road to the Giant Forest in the summer of 1903. They were under the command of Captain (later Colonel) Charles Young, the third African American to graduate from West Point (Young later remarked that the worst he could wish for an enemy would be to make him a black man and send him to West Point).

Hiking in the Sierra Nevada's