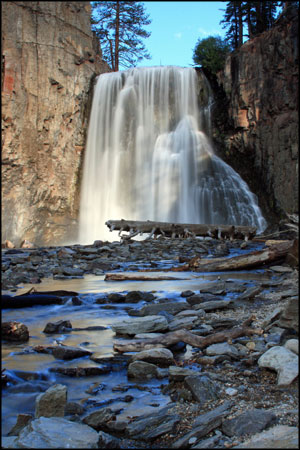 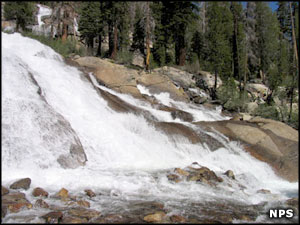 The Devils Postpile Campground offers 21 sites, first-come, first-served. No reservations are available. Folks going camping are exempt from the shuttle bus requirement and can drive in, pay the fees and go camp. Camping fee is in addition to the standard amenity/entry fee. 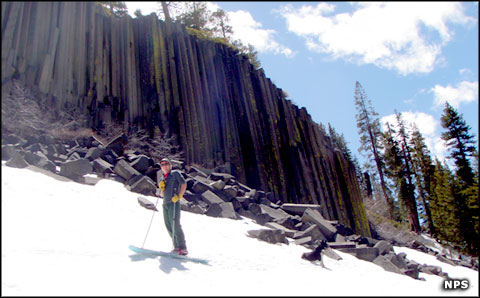 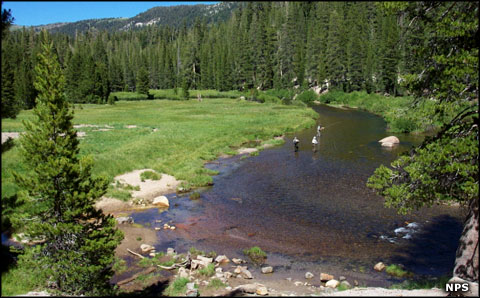