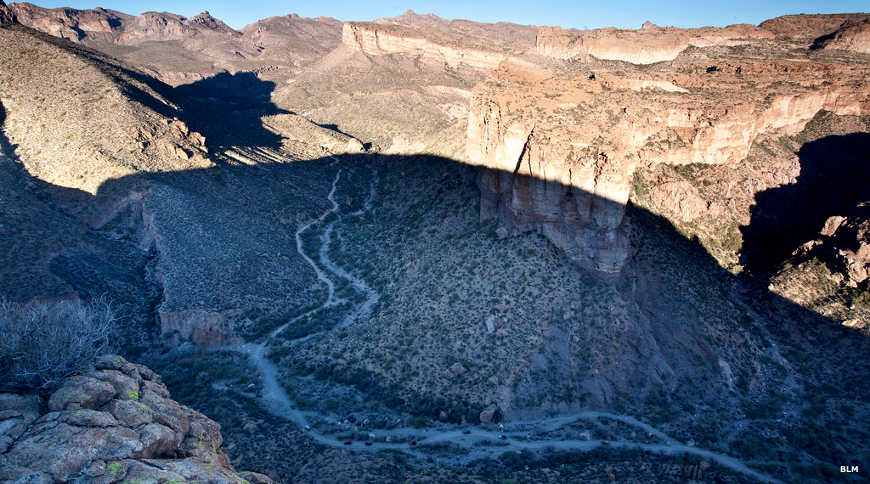 Looking down on White Canyon 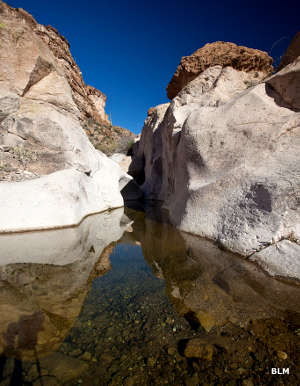 Located about 7 miles south of Superior, White Canyon Wilderness is a 5,790-acre property against a boundary of Tonto National Forest. White Canyon runs north-south through the southeast end of the Mineral Mountains.

The canyon is narrow and deep, up to 800 feet deep in spots. White Canyon has perennial stream flow so there are riparian areas with alders, cottonwoods, sycamores and willows all through the canyon bottoms. A good rain will cause waterfalls dropping over the upper canyon rim in many places.

The only "trails" are along the canyon bottoms and virtually of them will have you scrambling over the bare rock somewhere along the trail. If it's been raining lately lately, you'll be swimming in places, too.

A mix of limestone and sandstone, the countryside is extremely rugged. Near the southern boundary of the wilderness a steep escarpment named "The Rincon" rises in amphitheater-like grandeur. The place is a favorite among the local rock climbers.

The vegetation is a mix of Sonoran Desert species: saguaro, ocotillo, palo verde, mesquite, ironwood, barrel cactus and nasty chaparral. Because of the forested area on the northern bounday, you might come across mule deer, black bear and mountain lion coming down to the streams for a drink.

To get there: Go south about 7 miles from Superior on State Route 177. About 1/2 mile south of milepost 159 you'll see signage for Battle Ax Road turning off to the west. That's the entrance You'll want high clearance 4WD on that dirt and rock. At Walnut Canyon you'll come to some nasty road damage caused by periodic flooding. If you have a problem, you're pretty much on your own. Battle Ax Road is against the eastern White Canyon Wilderness boundary.

Looking up on the side of the slope

The view from the bottom of White Canyon 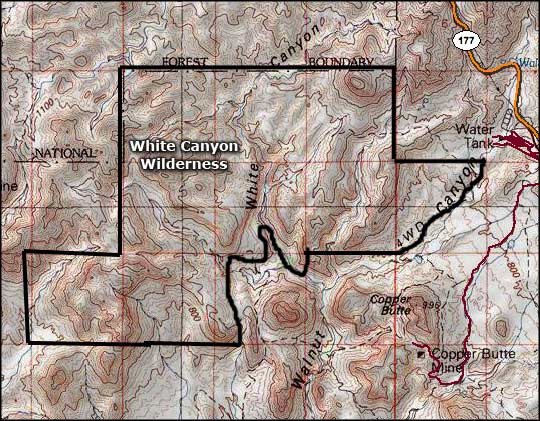 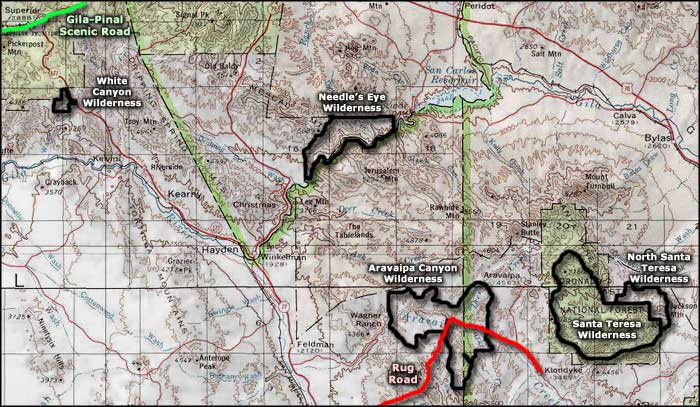