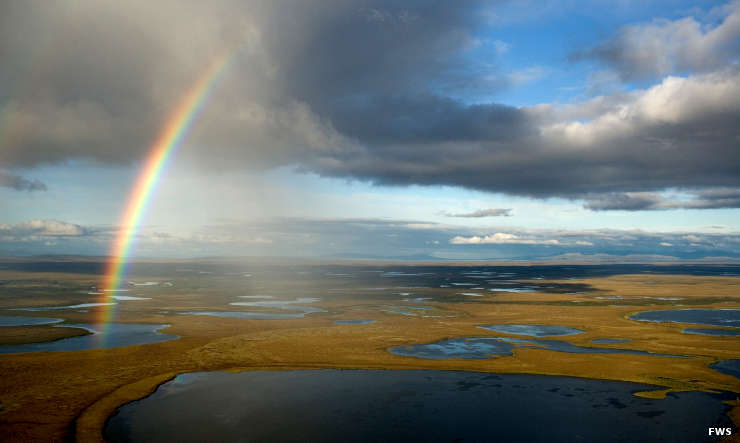 A rainbow over wetlands at Selawik National Wildlife Refuge 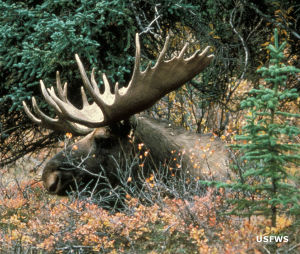 Selawik National Wildlife Refuge is comprised of about 2,150,000 acres of arctic and alpine tundra, taiga, wetland complexes of lakes, rivers and streams, open grass and sedge meadows, formerly glaciated river valleys and mountains, and large river deltas. In some areas there are sand dunes left behind when the glaciers retreated.

It is in this transition zone that the boreal northern forests give way to arctic tundra. There are about 21,000 lakes on the property, providing excellent habitat for hundreds of thousands of migratory birds. Closer to Kotzebue Sound you'll find a vast array of brackish and fresh water meadows, bogs, riparian zones and lakes, providing large and undisturbed tracts for a large variety of wildlife species. 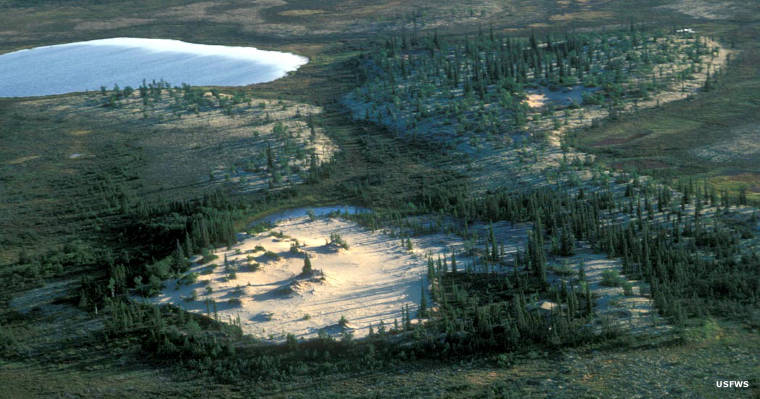 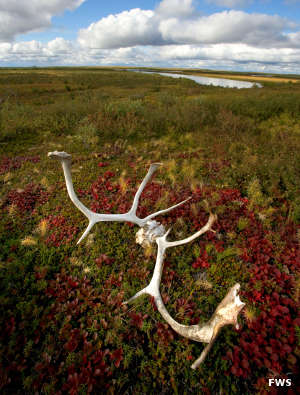 The Selawik Wilderness is composed of about 240,000 acres of Selawik National Wildlife Refuge. The wilderness acreage is located in the Waring Mountains on the north side of the National Wildlife Refuge, right up against the boundary with Kobuk Valley National Park. This is an area of spruce-forested foothills that rise to about 1,700 feet. Included in the wilderness is a group of vegetated sand dunes that were left behind during the last glacial recession. The Great Kobuk Sand Dunes further to the north are part of this dune complex.

While most of Selawik National Refuge is geologically composed of river and lake deposits over glacial moraine, the Waring Mountains are built on layers of sedimentary rock. That means there are significantly fewer kettleholes and pingos in the permafrost underlying parts of the wilderness area.

Access isn't easy: there is jet service to Kotzebue but you'll probably need a charter (as in: bush) flight from there into the National Wildlife Refuge. Then you get to hoof it... and this area is about as remote as it gets. 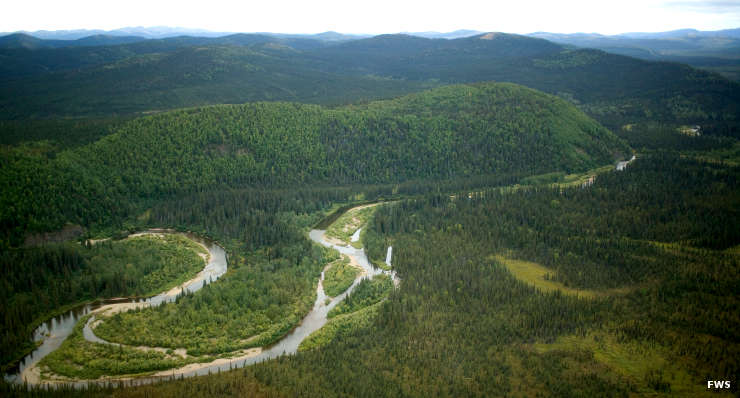 An aerial view of the upper Selawik River 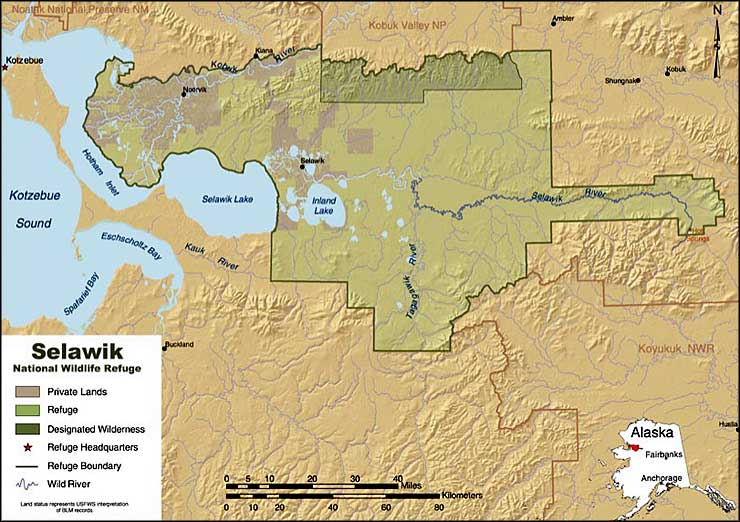