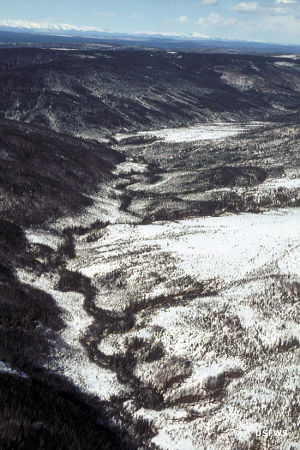 Crossing the refuge by canoe or kayak can take upwards of a week. But the fishing along the way: king and chum salmon, burbot, sheefish, sucker, whitefish, arctic grayling and northern pike, it's excellent. Camping is allowed but there are no designated sites. You'll also want to be sure when you set up camp that you are on dry land and well above the reach of the refuge's waters (so don't try to set up camp on a gravel bar, no matter how enticing and easy it looks). The rivers are constantly changing course, forming and cutting through oxbow bends, creating thousands of oxbow lakes for the benefit of the waterfowl that come for the abundant gourmet food and luxurious accommodations.

This is also one of Alaska's most productive waterfowl nurseries. More than 120 species of birds hang out here in the summer but only a couple dozen species stay for the winter.

Most folks reach the refuge traveling by air to Galena or by boat (240 miles) down the Yukon River from the Dalton Highway bridge (the Yukon River forms the northern boundary of the Nowitna NWR) or by boat (280 miles) down the Tanana River from Nenana. Getting around on the refuge is easiest by boat in the summer and snow machine in the winter. In the summer, though, you'll want head nets and industrial-strength bug spray.

There is a significant amount of private land interspersed among the acreage of the NWR. The refuge lands have been used by the Koyukon Athabascans for centuries, for fishing, hunting, trapping and other activities. Most of the private lands are near the communities of Ruby and Tanana but many parcels are all up and down the waterways of the area. This part of Alaska has been occupied for more than 10,000 years.

The Nowitna and Koyukuk National Wildlife Refuges are administered as part of the Koyukuk/Nowitna NWR Complex. 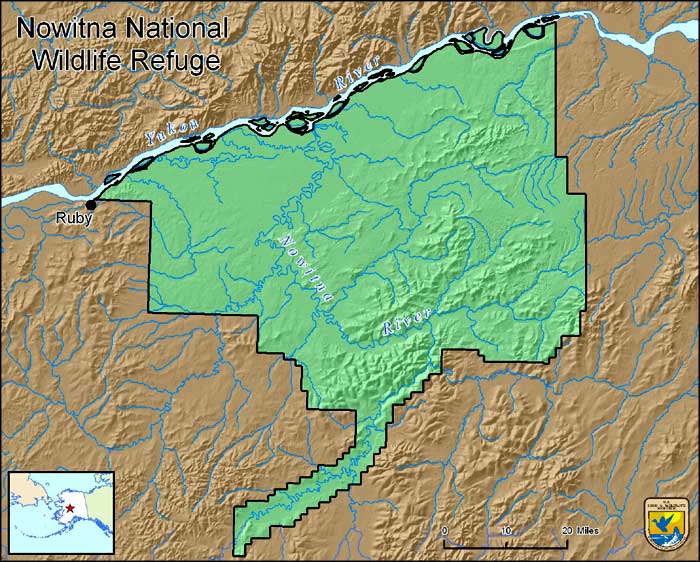