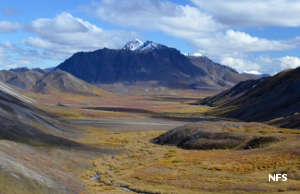 Noatak National Preserve was designated in order to protect and preserve what is probably the last complete river system in the United States that hasn't yet been altered for some human purpose. There is evidence of human habitation going back more than 11,000 years, back to the times of the great northern glaciers and the unglaciated Bering Land Bridge by which so many ancient peoples migrated to North America from Asia. Contained within the boundaries of the Preserve are some 6,569,904 acres of what is essentially wilderness, and we still have no idea of the totality of cultural and archaeological resources...

On the eastern border of Noatak is Gates of the Arctic National Park, on the southern border is Kobuk Valley National Park. The location is so remote and there is so little civilization nearby, Noatak National Preserve generally sees no more than 7,000 visitors per year. The Noatak River is a designated Wild and Scenic River and there are companies that offer float trips through this untouched and exquisite wilderness countryside. The river itself is sourced in the Brooks Range and runs unfettered for about 400 miles to the shores of the Chukchi Sea. And the number of visitors is that high probably because the Preserve also allows sport hunting...

The Noatak River Basin is a designated UNESCO Biosphere Reserve with more than 447 species of vascular plants documented on the property: pretty incredible when you figure most of the place is stark tundra. The De Long and Baird Mountains (branches of the Brooks Range) flank the property to the west, north and east but that doesn't mean much when it comes to tree cover: this far north the spruce forest is reducing in size and thickness as it fades into the tundra of the North Slope. For that matter, the majority of tree cover is on the southern edge of the property and fades quickly as one travels north.

The Noatak River system is located wholly north of the Arctic Circle in the transition zone between Arctic and subarctic environments. That makes for a huge mix of wildlife, birds and vegetation. In addition to the half-million-strong caribou herd are grizzly bears, moose, wolves, brown bears, Arctic foxes, Dall sheep and lots of lemmings. Hunting and fishing are allowed as long as all non-native visitors so engaged carry the appropriate licenses on them and obey all the state and federal rules and regs. The Alaska National Interest Lands Conservation Act of 11000 guaranteed the rights of local people to hunt, fish, trap and gather native plant foods on this property in order for them to continue that 11,000 years of subsistence tradition.

Human visitors in this countryside tend to be highly skilled in wilderness living. They come prepared for the adventure, the isolation, the wind, rain and snow... in the summer months. Winter visitors need to be extremely skilled in all the above, plus have the ability to enjoy long periods of time with little-to-no-sunlight in extreme sub-zero temperatures. There are no roads, no trails, no campgrounds, no toilets and no cell phone service... although satellite phones do work. That said, 911 response is measured in hours, if not days.

Archaeologists have found rock art in ancient habitations in the Brooks Range on Noatak National Preserve. The materials go back thousands of years and have them examining records of materials found in Siberia to see if there are connections to ancient people there... 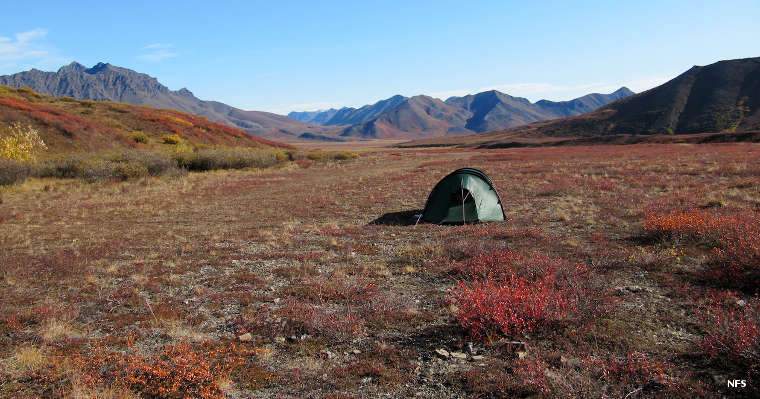