The view across Pederson Lagoon at Kenai Fjords National Park 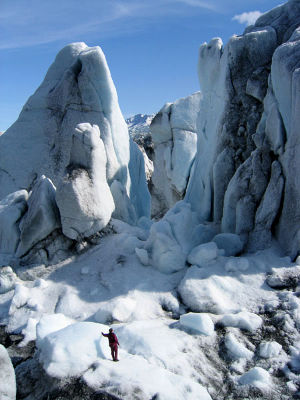 The 699,983-acre park was created by the Alaska National Interest Lands Conservation Act of 1980. Part of the property is overlain by a large part of the Harding Icefield, the largest icefield contained wholly in the United States and the source of at least 38 glaciers that flow downhill from the Harding to the ocean, carving the famous fjords along the way. At the present time, the glaciers are all retreating, exposing large areas of newly-scraped rock and allowing scientists and researchers to study the interactions of retreating glaciers with vegetation and wildlife.

The auto road gives access to Exit Glacier, but the road to the glacier is closed all winter and late into the spring. For folks who would visit by water, the coastal back country is essentially inaccessible during winter and early spring because of turbulent waters. The glaciers that occupy so much of the back country weren't officially crossed by humans on foot until 1968. So the window of exploration is short and sweet.

There are no entrance or camping fees charged at Kenai Fjords but if you should want to use one of the park's two Public Use Cabins, those rent for $35 and $50 per night. There is also a 12-site, walk-in, tent-only campground at Exit Glacier. Sites are free and available first-come, first-served. The stay limit is 14 days. The campground tends to fill up early in July and August. The campground is a bit different as there is a central shelter for storing, cooking and eating. Folks are not allowed to keep food in their campsites because of the bear problem. There is a hand pump for drinking water and pit toilets are nearby.

Kenai Fjords National Park is bounded on the west by Kenai National Wildlife Refuge, on the south by Kachemak Bay State Park and Kachemak Bay State Wilderness Park, on the east by Alaska Maritime National Wildlife Refuge and on the north and northeast by Chugach National Forest. There are some areas in the coastal zone of the park that are owned by Port Graham Corporation, a Native Alaskan Corporation. Nearly all of the established primitive campsites in the park are located in the coastal zones. Before pulling your watercraft up on the beach and settling into a campsite for the night, you'll want to know whether you'll need a special use permit from the Native Corporation or not: Most campsites and landing points on native land allow 24-hour use without a permit but if you're going to stay longer... 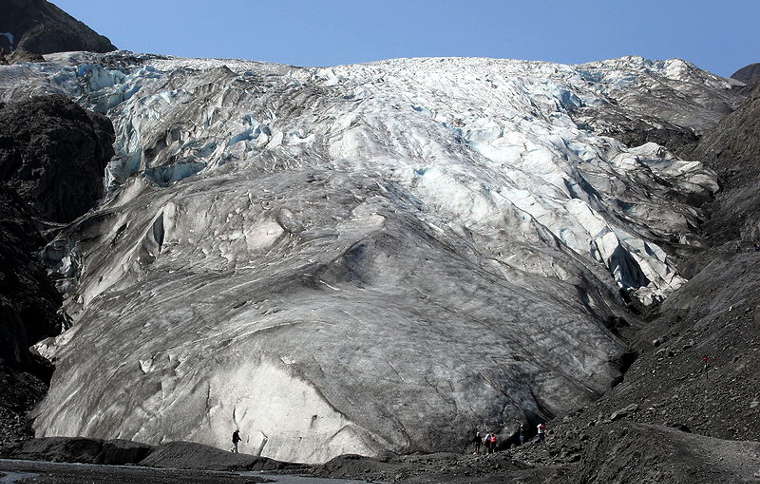 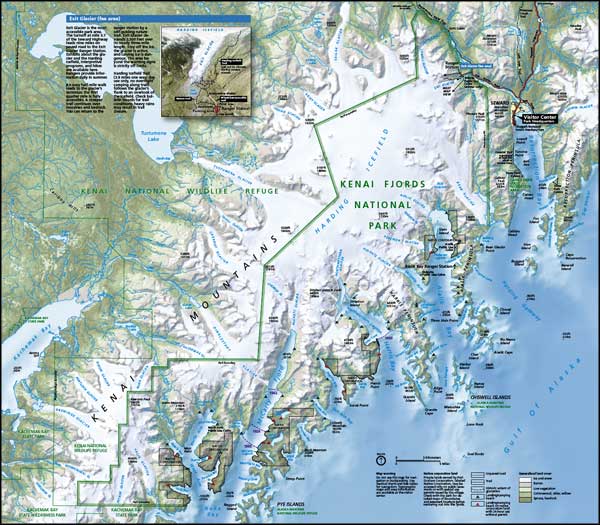