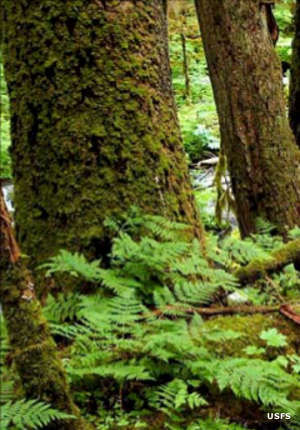 Chuck River Wilderness is a 74,900-acre property located about 70 miles south of Juneau at the head of Windham Bay in Tongass National Forest. On the northern boundary of Chuck River Wilderness is Tracy Arm-Fords Terror Wilderness. The two wilderness areas work to protect the watersheds that feed into Endicott Arm, a spectacular fjord that sits below the mountains and glaciers that run along the ridge that defines the United States-Canada boundary to the east. Most folks come to Chuck River Wilderness either via motorboat from Stephen's Passage or by floatplane from Petersburg or Juneau.

The native Tlingit have lived in this area for hundreds of years, living in harmony with the natural bounties of the region. Then the 1890's saw a massive influx of Euroamerican settlers seeking gold and other mineral wealth in the area. The newcomers dug mines into the mountains and built roads into the forests. Anywhere they found something of "value," they built structures to live and work in.

By the 1920's, the mining boom had ceased and most of the newcomers had left. Over time, what they left behind decayed and fell into disrepair, much of it returning the landscape to an almost pristine condition, as though the folks had never been here. Then came the big lumber companies in the 1980's, looking to harvest the masses of virgin timber that grew throughout the area. However, the American people finally realized that this was among the last of the almost untouched wilderness available in the panhandle of Alaska and they took action, preserving the land as a National Wilderness Area in 1990.

Its namesake, the Chuck River, flows northward across the wilderness from headwaters near Port Houghton to empty into Windham Bay at the site of the former Chuck Mining Camp. There is still some private land in the lower reaches of the river and in areas where there were former mining settlements. Windham Bay itself is a protected anchorage for boaters who run into bad weather when traveling through Stephens Passage. Elevations on the wilderness run from sea level to about 5,000' on the southeastern upper ridges.

Most Alaskan Wilderness Areas are different from designated wildernesses in the rest of the United States in that there is some allowance for the use of airplanes, motorboats and snowmobiles (when there is enough snow on the ground) to reach the area and explore it. The Alaska National Interest Lands Conservation Act also allows native Alaskans to continue to use the traditional equipment they have used in the area for decades for the taking of fish and game.

Today, Chuck River Wilderness offers no established hiking trails and no public recreation cabins. Group sizes on the property are limited to no more than 12 persons for any commercial or general public usage in the wilderness. Once a person gets away from the shoreline along Windham Bay, incredible opportunities for peace and quiet open up.

Chuck River Wilderness is located within a temperate rainforest ecosystem where summer temperatures generally run between 45°F and 65°F. Visitors will want to have appropriate clothing, shelter supplies, safety equipment and water purification systems to exist in a cool, wet and often overcast environment. The area is also famous for the number and size of the local bears, so visitors need to be aware of and practice good food and trash storage techniques. The bear problem can be seriously worse in the areas of salmon spawning streams during the summer. As this is true wilderness and we don't want to leave any more on the land than our footprints, practice strict "pack it in-pack it out" discipline. 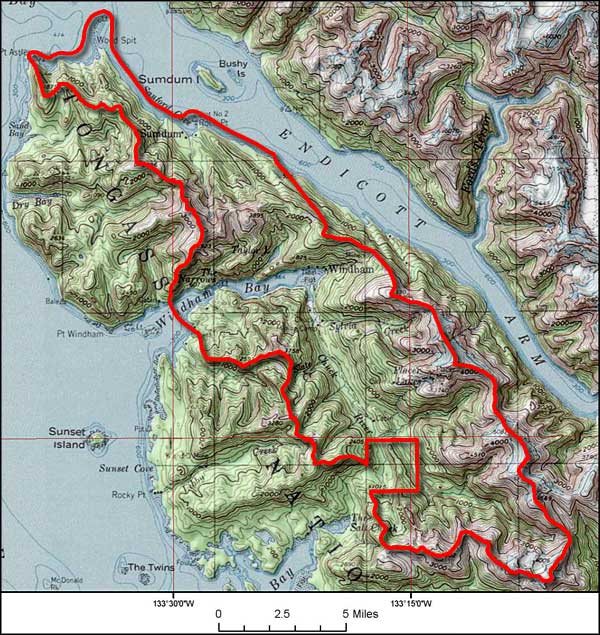