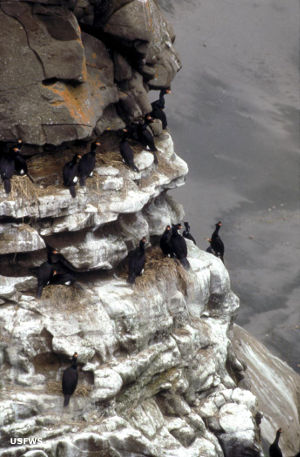 The 1.2 million acres of Becharof National Wildlife Refuge lie at the eastern end of the Alaska Peninsula. This whole area of Alaska was heavily affected by the Exxon Valdez oil spill in 11009. Since that time, biologists have been regularly conducting extensive surveys in the area to see just how well the various native marine and avian species are recovering.

The centerpiece of Becharof NWR is Becharof Lake, 35 miles long, 15 miles wide, up to 600 feet deep and covering some 300,000 acres. Becharof Lake is the largest lake in the National Wildlife Refuge system, the second largest lake in Alaska. The lake is a massive producer of sockeye salmon, providing Bristol Bay with an estimated 6 million adult salmon per year. Because of all that salmon, this is also where you'll find the largest concentration of brown bears in Alaska. You'll also find moose, fox, wolverine, beaver, river otter and members of the Northern Alaska Peninsula Caribou Herd here.

To the southwest of Becharof is the Alaska Peninsula National Wildlife Refuge. To the northeast is Katmai National Park and Preserve. 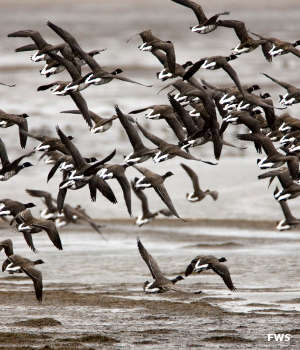 The Becharof Wilderness is a 500,000-acre area in the northeast section of Becharof National Wildlife Refuge, enclosing some of the volcanic structures and many of the bird cliffs rising above the ocean waves of Shelikof Strait and above Becharof Lake.

This is an area of high mountains rising abruptly from the ocean's edge with deep fjords, broad valleys, glacial lakes and lots of tundra. Along the ocean's shore you'll find colonies of sea lion, harbor seal and sea otter with whales hanging out offshore. 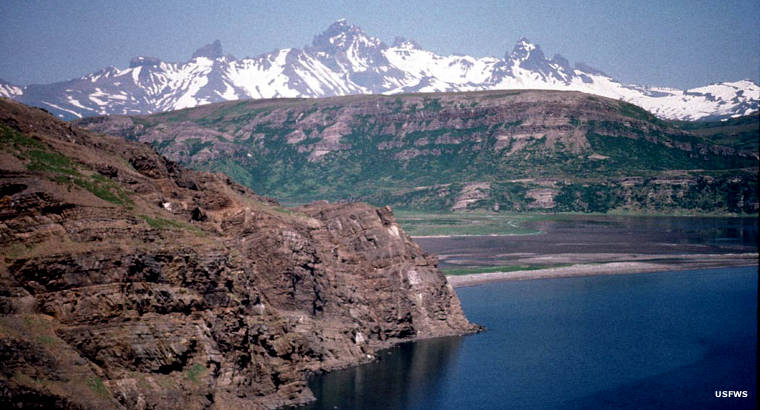 Ugashik-Peulik Volcano rising to the south of Becharof Lake 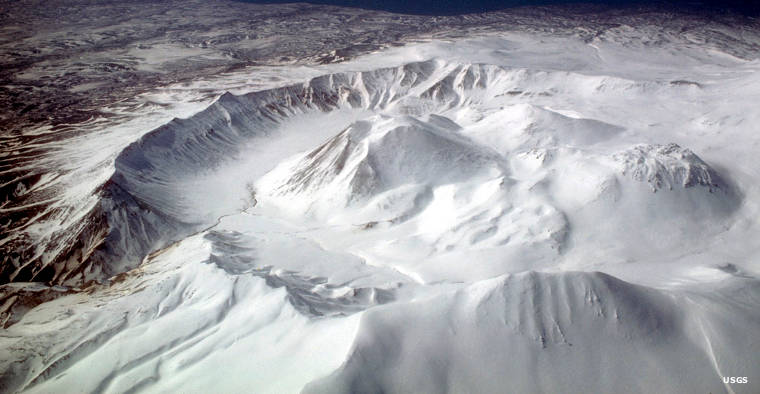 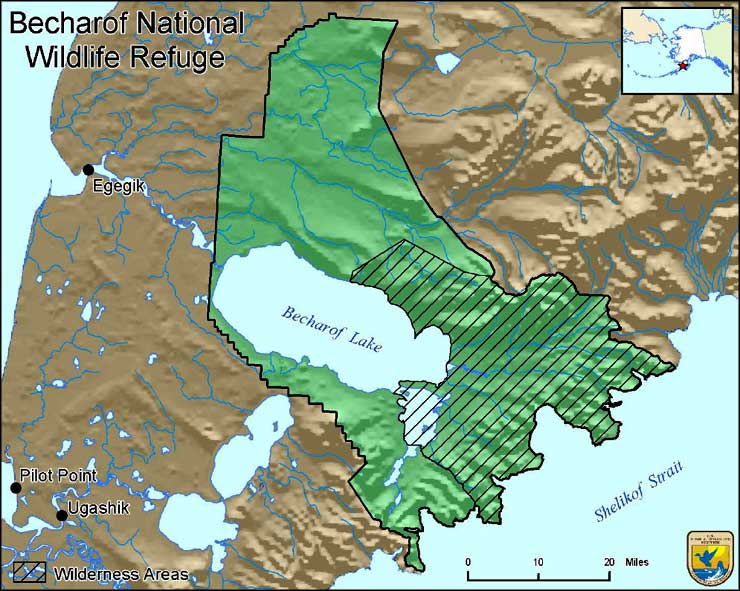