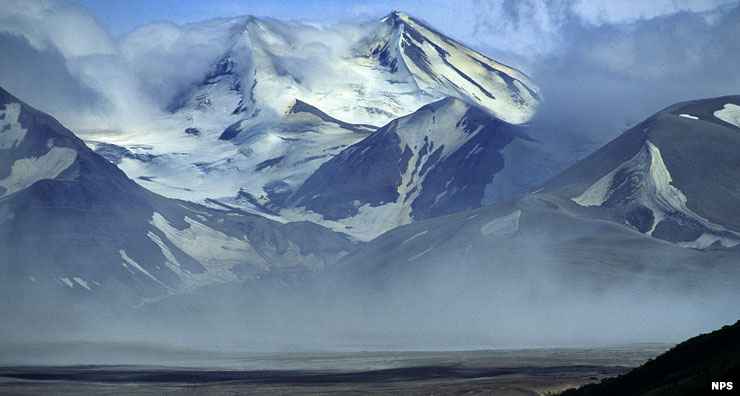 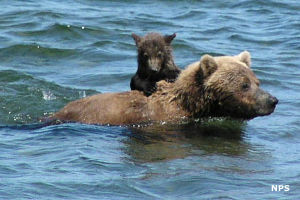 Katmai National Park contains some 4,093,077 acres, of which 3,473,00 acres is part of the Katmai Wilderness. The centerpiece of the park is a stratovolcano named Mount Katmai but the park is more widely known for the Valley of Ten Thousand Smokes, the result of a 40-square-mile pyroclastic flow erupted by Novarupta Volcano (one of 5 active volcanoes in the park) in 1912. Katmai National Park also contains numerous archaeological sites, some of which date back up to 9,000 years, but a large percentage of the folks who come to visit come to the bear viewing platforms at Brooks Falls when the salmon are spawning. The area around Brooks Falls is one of the few developed areas in the park, precisely because of the fame of the brown bears who fish the river there.

The backbone of Katmai is the backbone of the Alaska Peninsula: the string of volcanic cones that mark the Ring of Fire, which marks the convergence of tectonic plates all around the Pacific Ocean. At Katmai that line is known as the Bruin Bay Fault and the fault separates the Aleutian Range on the southeast from the Nushagak-Bristol Bay Lowlands on the northwest.

The highest point on the property is 7,606 feet at the summit of Mount Denison. There are glaciers on both sides of that high Aleutian ridge but those on the east side reach almost down to the beaches. The largest glaciers are between 3 and 4 miles wide and 10 to 12 miles long. And when I say "beaches" I'm really meaning a steep and rugged coast with mountainous terrain rising almost vertically from the long and often narrow rocky beaches that do exist.

The shoreline of the Shelikof Strait is marked with steep canyons and waterfalls that drop directly onto the beaches. Contrast that with landscapes in the "lake region."

The lake region lies to the west of the mountain spine and tends to be flatter with lakes, ponds and marshes formed of water held back by glacial debris. As you travel west across the peninsula, the elevation slowly descends to the open terrain and easy grades of the Bristol Bay coastal plain. Except for the presence of low ridges and sand dunes, the coastal plain would be one vast shallow sheet of water. Scattered drier parts of the coastal plain are underlain by permafrost, which also affects the already poor drainage. All that bad drainage, though, makes for a feeding and breeding paradise for millions of migratory birds in season.

There is no entrance fee for Katmai National Park but it will still cost you to visit as the only ways in are by chartered float plane or by chartered boat. The only developed camping on the property is at Brooks Camp and that campsite is limited to a max of 60 people per night inside the electric fence (because of all the brown bears). The facilities at Brooks Camp are only available between June 1 and September 17 each year. Before or after that season you'll need to bring everything you need yourself, including the bear-resistant container, water filter and your own electric fence. Camping at Brooks Camp in season is only $12 per person per night. Fees subject to change.

The Valley of Ten Thousand Smokes 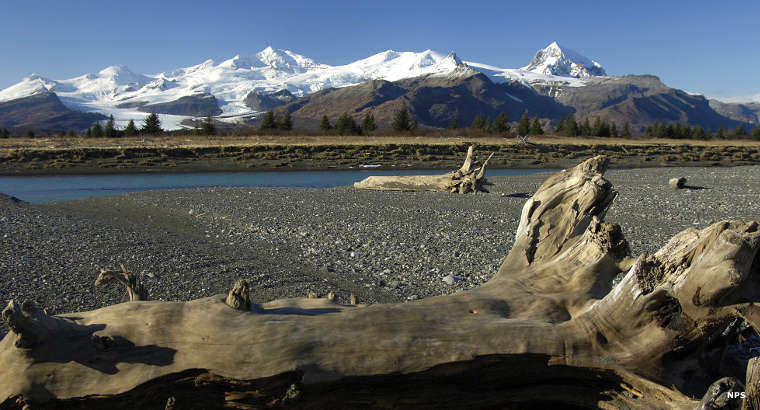 A view of the mountains from the west 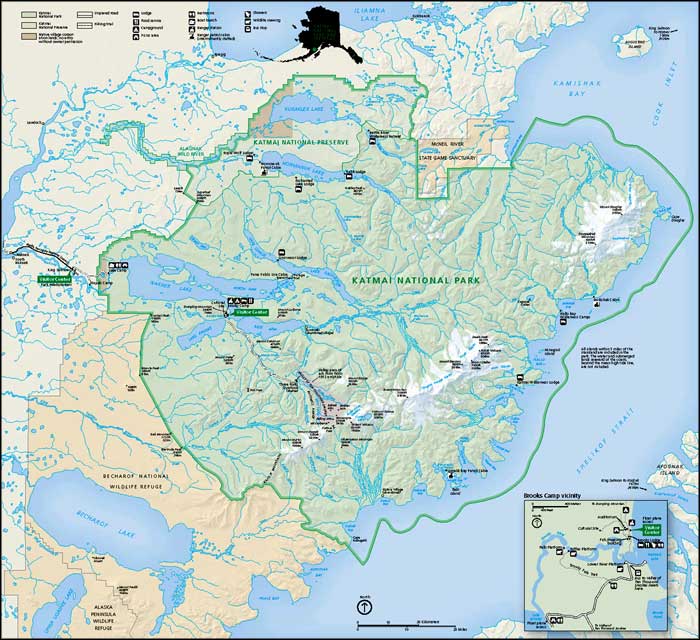