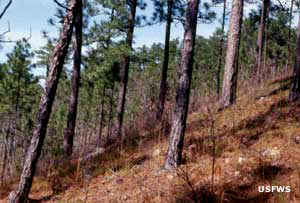 Mountain Longleaf National Wildlife Refuge is a 9,016-acre property adjacent to the city of Anniston, Alabama that was previously part of Fort McClellan. This refuge is in the Talladega Mountains, the southernmost extension of the Appalachian Mountains. This is an area where ecosystems typical of the Blue Ridge Mountains to the north overlap with ecosystems common to the Coastal Plains to the south.

The property is home to several endangered species including the gray bat and the red-cockaded woodpecker. The white-fringeless orchid (presently an endangered species candidate) is also found here. There are another 21 species of fauna and 11 species of flora on the property that are considered rare, but the real purpose is establishing Mountain Longleaf NWR was to preserve and protect the existing healthy old-growth and second-growth longleaf pine forests. A hundred years of army-caused wildfires on the property have worked to maintain the health of this small chunk of a forest that once covered up to 92 million acres in the southeastern states.

As a National Wildlife Refuge, Mountain Longleaf is a baby and hasn't yet had any real tourist/visitor facilities constructed yet. There is a single information kiosk at the junction of Ridge Road South and Bain's Gap Road but not much else. The opportunities for hiking, wildlife observation and photography are likewise limited.

Highest point on the property (2,063') is along Choccolocco Ridge. The terrain is rugged with hardwood species atop the ridges and longleaf pines and coastal species of hardwoods on the lower slopes.

To get there: Traveling east on Interstate 20 (from Birmingham): get off at exit 185 (Oxford) and go north on Highway 21 for 12 miles to the Fort McClellan entrance gate. Go through the gate and follow the road to Bain's Gap Road and the refuge. Traveling west on Interstate 20 (from Atlanta): get off at exit 199 (Heflin) and go north for 12 miles to Joseph Springs Motorway. Turn left on the Motorway and go to the "T" intersection with Choccolocco Road. Then turn right and go immediately left onto Bain's Gap Road and the refuge. The refuge office is in the cantonment area of the former Fort McClellan. That's where you'll find brochures, maps and information. 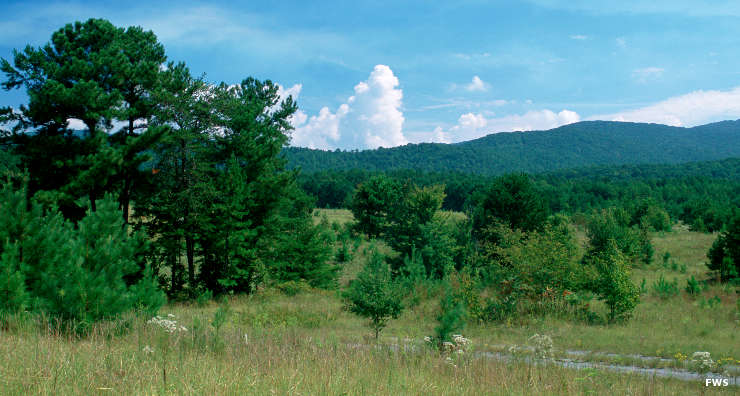 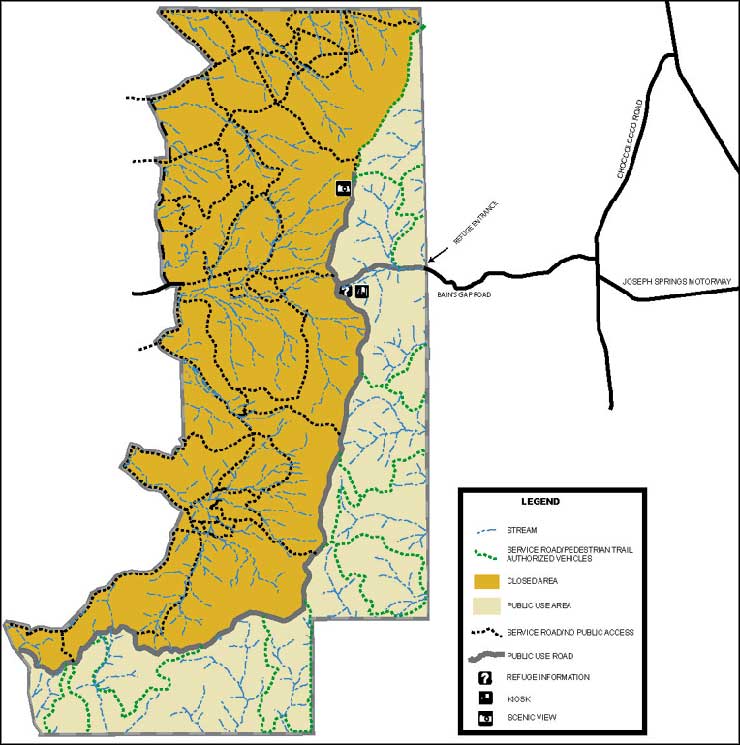 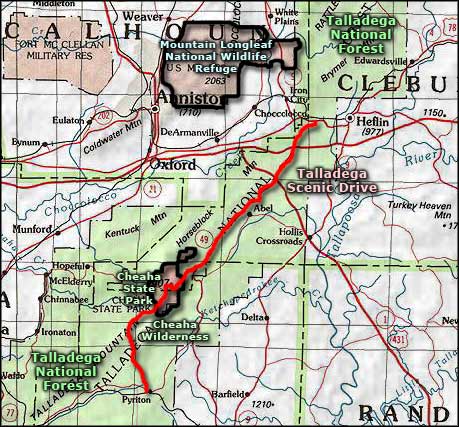