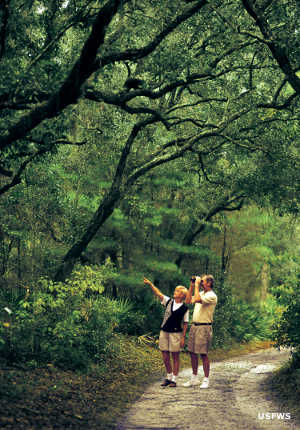 Bon Secour National Wildlife Refuge is a 6,816-acre property on the southern edge of Mobile Bay on the Fort Morgan Peninsula (a barrier peninsula) in southern Alabama. The property is broken into 5 separate units, all managed to preserve and protect native flora and fauna and to provide critical undisturbed habitat for migratory birds. As small as this refuge might be, these are some of the largest parcels of undeveloped land along the southern Alabama coast. Together with Gulf State Park and the Dauphin Island Audubon Reserve, a bit more than 12,000 acres of undeveloped habitat in the area is safe from developer's bulldozers.

Habitat within the refuge consists of scrub forest, dunes and beach, fresh water swamp, fresh and salt water marshes and forested uplands. During migratory seasons up to 400 species of birds have been identified passing through. Also on the refuge you might come across endangered Kemp's Ridley sea turtles and the endangered Alabama Beach Mouse. The Perdue Unit of the refuge offers the Pine Beach Trail and the Jeff Friend Trail, for a combined length of about 5 miles.

On September 16, 2004, Hurricane Ivan delivered a near-direct hit on Bon Secour, destroying a lot of the wildlife habitat and leaving massive amounts of debris on the property. Before it was all cleaned up, Hurricane Katrina came through. Most of the damage has been repaired since and natural processes are restoring much of the lost beach sand. The Gator Lake boardwalk has been rebuilt but the observation tower is still history. 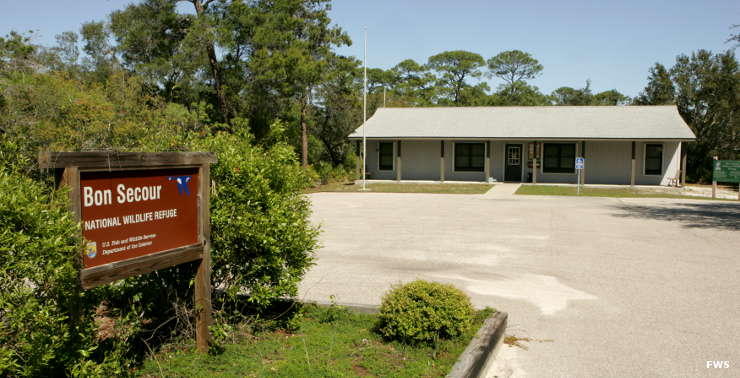 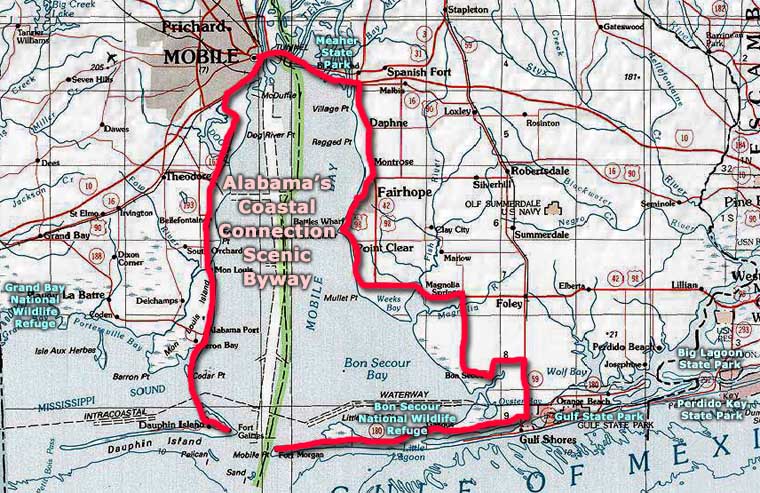