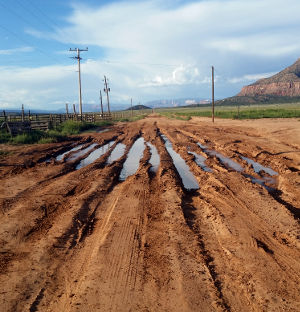 The Smithsonian Butte Backcountry Byway is only 9 miles long but figure on taking 45 minutes to drive it as it is a narrow and windy route. The Backcountry Byway is just south of Zion National Park, running between the towns of Rockville and Big Plain Junction. This area is composed of the same landforms that make up the wonders of Zion, they just see a lot less people. A side road just out of Rockville leads to the historical ghost town at Grafton, a site often used by the Hollywood types as a frontier movie set. John Wesley Powell traveled through this area in the late 1800's. It was he who named Smithsonian Butte, primarily because of its impressive stature and coloring.

The route crosses the Virgin River just outside of Rockville and then crosses Horse Valley Wash before starting to wind its way up the hill above the valley. Then as you cross Wire Mesa, you'll come to the road junction that leads north to Grafton. Staying on the Byway, you'll soon be working your way around the foot of Smithsonian Butte before descending onto Big Plain and making the straight run to Big Plain Junction. Along the route you'll be catching some excellent views of Zion Canyon, the Vermilion Cliffs and Canaan Mountain Wilderness.

The Smithsonian Butte Backcountry Byway is rated as a Type I byway, meaning it is usually passable by 2WD vehicles although any significant rainfall can change that rating in a hurry. There are no services along the road, the nearest full-service community being Springdale at the entrance to Zion National Park.

September, 2015: I tried to drive the Smithsonian Butte Backcountry Byway. I got about 5 miles in and had to turn back due to road conditions: local folks told me earlier it had been raining in the area for almost two months... But I did get part way in and got a few photos.

The view north from the top of Smithsonian Butte 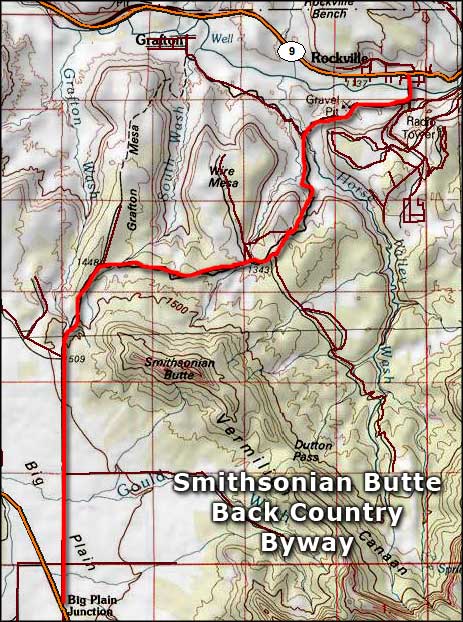 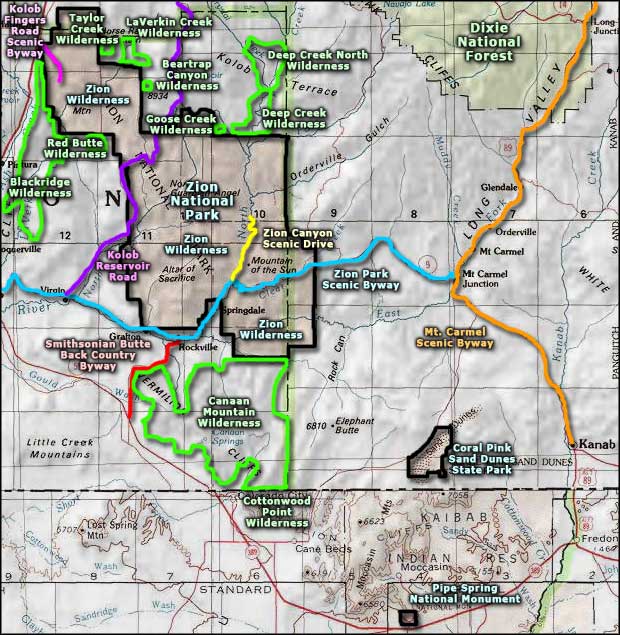