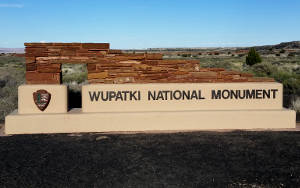 First established in 1924, Wupatki National Monument has grown to encompass the 35,254 acres surrounding the ancient ruins at Wupatki, Wukoki and the Citadel. This location is between US Highway 89 and the Navajo Nation, north of Flagstaff. The landscape here is littered with old volcanic cinder and spatter cones and the stratovolcano at Kachina Peaks a few miles to the southwest. None of these volcanic remnants has erupted in almost 1,000 years but the ruins at Wupatki National Monument date from just about that time.

This is the Colorado Plateau, and the climate was a bit wetter back in those days. The Sinagua, Cohonina and Kayenta Anasazi inhabited the area, growing crops and hunting wild game. Those tribes and their ancestors had inhabited the area for maybe 10,000 years at the time of the last eruption at Sunset Crater around 1,000 CE. Hopi and Navajo elders tell old stories about watching the "fireworks" happening when the volcano was letting blast. When the eruptions were over, the landscape had changed considerably and was newly fertilized with the addition of fresh-fallen ash and minerals. Better crop yields were able to support a bigger population. That bigger population was better able to construct better living quarters. The pueblos at Wupatki and Wukoki were begun and probably reached their zenith in the 1100's CE. Construction of the Citadel was begun about that time but the climate was starting to get drier and the farming started to produce less food. Shortly after 1250 CE, these pueblos, like so many others in the southwest, were abandoned. 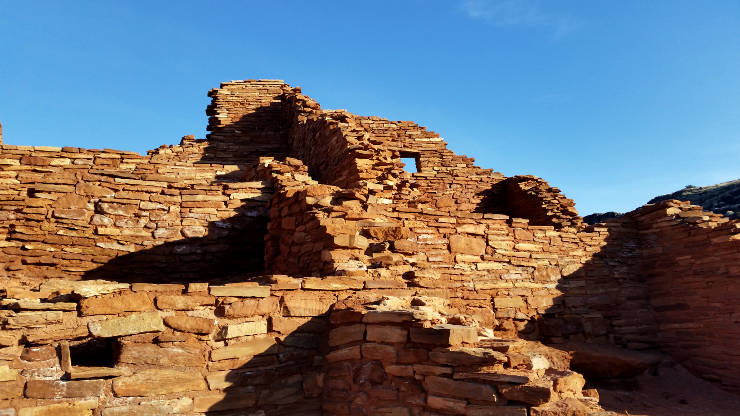 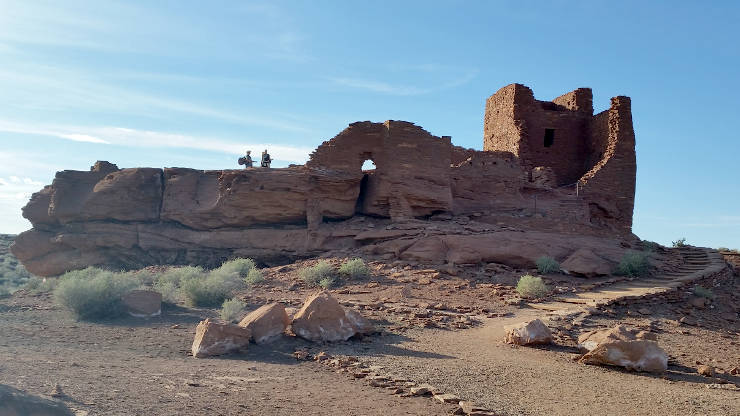 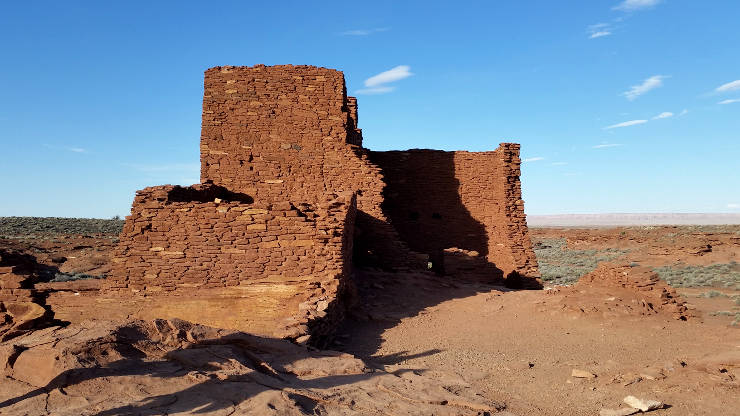 Wupatki was the largest multi-room structure in this area, but even at its height, it might have had no more than 100 residents. Wukoki was smaller and the Citadel smaller yet. But there may have been several thousand people living within a day's walk and these were the big towns of that time: cultural, religious, political and trading centers. One of the ruins found in this area has been tentatively identified as being a "ball court" similar to ball courts found among the Hohokam settlements in southern Arizona and among the Meso-American cities of Mexico and Central America.

The structures were built of flat red sandstones mortared together in what is now called "stack architecture." Logs were brought in from the mountain forests and used for roof/floor beams. Around each central living structure was a series of pithouses and smaller pueblos. The buildings were located close to springs that flowed in those wetter days (but don't flow now - now the only water here comes up out of 900-foot deep wells).

The Wupatki Visitor Center is open from 9 am to 5 pm, every day except Christmas. The rest of the site is open every day from sunrise to sunset. Camping and campfires are not allowed. Individuals will pay $5 and get a pass good for seven days at Wupatki and at Sunset Crater Volcano National Monument. Children under 16 get in free.

To get there: take US Highway 89 north out of Flagstaff and look for the signs. If you get off the 89 early and head into Sunset Crater, that road will continue on and shortly bring you to Wupatki. 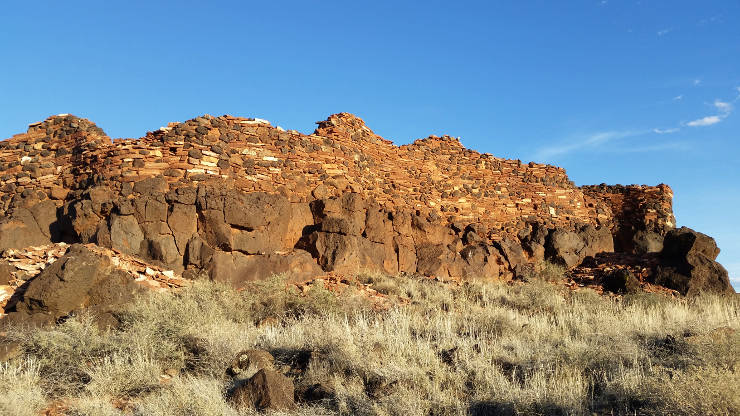 Ruins at The Citadel

Inside the Citadel ruins 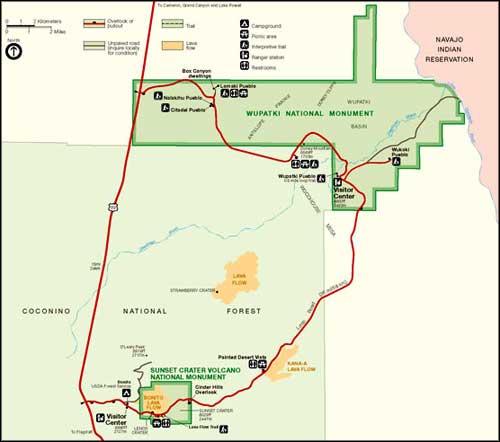