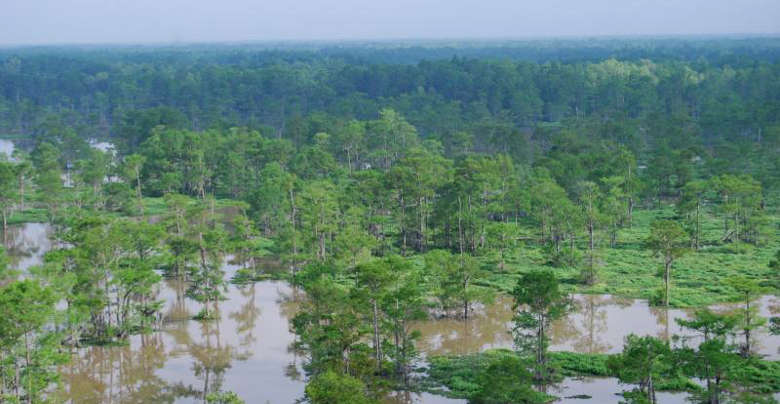 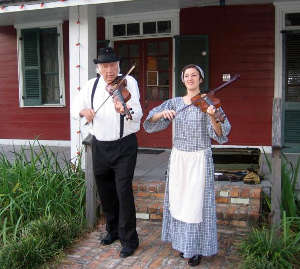 Atchafalaya National Heritage Area was established across 14 parishes in south-central Louisiana in 2006. The area is one of the most ecologically varied and culturally rich regions in the United States. Atchafalaya is home to the Cajun culture and to many people of African, European, Caribbean and Native American descent. Most of the landscape within the heritage area is in private hands and will remain in private hands. Heritage areas are more known for their unique culture and identity and are essentially partnerships among businesses, residents, local governments and state and federal agencies working to create more livable and economically sustainable regions.

Atchafalaya National Heirtage Area is centered around the Atchafalaya Basin, America's largest river swamp with almost one million acres of bayous, backwater lakes, swamps and bottomland hardwood forest. Over the past 10,000 years the Mississippi River has changed course several times. 10,000 years ago the primary river channel was what is now the Bayou Teche. Today the river is well east of there, running past Baton Rouge and New Orleans as a result of the old river control structures near Simmesport. The Atchafalaya River now flows down the center of the ancient floodplain. At one time the Atchafalaya was the lower portion of the Red River but the Red River made a more direct connection with the Mississippi in the 1400's and the water flow down the Atchafalaya was reduced. 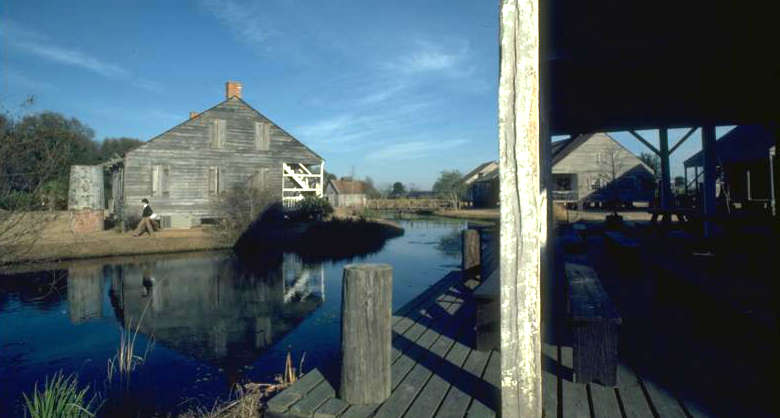 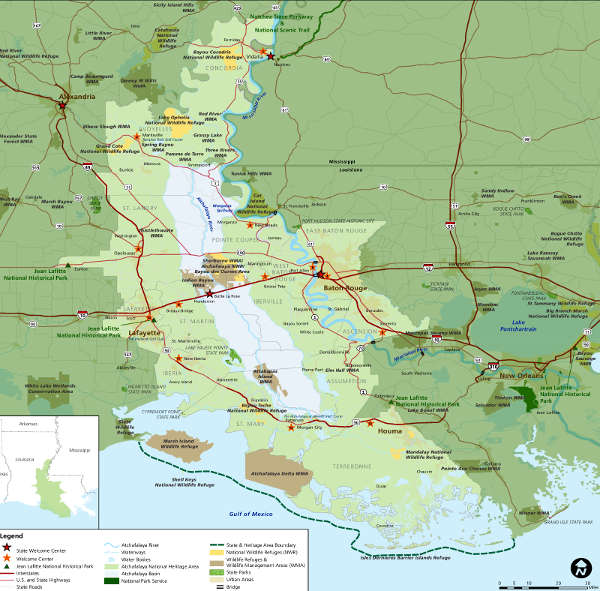