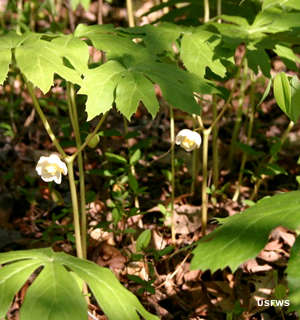 Clarks River National Wildlife Refuge is located near Benton in western Kentucky. The refuge contains some 8,040 acres of bottomland hardwood forest along the East Fork of the Clarks River. Tree coverage in the bottomlands is a mix of tupelo gum, overcup oak and bald cypress. The upland areas are drier and treed with swamp chestnut oak, willow oak, red oak, sycamore, ash, sweet gum and elm. All of that is what makes this property so inviting for the more than 200 species of migratory birds who drop in every spring and fall.

To get there: go to exit 25 on Interstate 24 and go south on the Purchase Parkway to exit 43. Get off the highway and turn right on State Road 348. Go to the intersection with US Highway 641, then turn and go north 1.2 miles on US 641. The Refuge entrance is on the left. Except for Federal holidays, the Refuge is open to the public Mondays though Fridays from 7:30 am to 4 pm.

When Clarks River NWR was first established in July, 1997, the proposed acquisition boundary included 18,000 acres of land. As time goes on, more land is being added. Clarks River NWR is the only National Wildlife Refuge completely within Kentucky. A few islands of the Ohio River Islands NWR are in far eastern Kentucky and some acreage of Reelfoot NWR spills over the border from Tennessee. 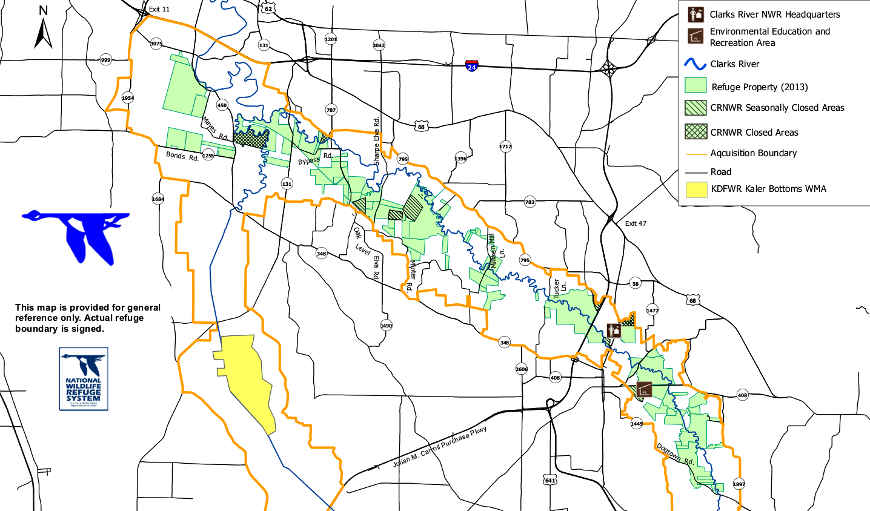