The landscape is a mix of grassland, wetland and hardwood forest habitats on flats and gently rolling hills, leftovers from the days of the big glaciers. the name comes from several stands of old-growth oak on the property. More than 46 species of mammals and more than 200 species of birds have been documented on the property. Most visitors come to bird-watch, fish or hunt (wild turkey, white-tailed deer). The river otter, a state-listed threatened species, was reestablished on the refuge in 1996 and has been doing well since. A couple other Indiana-listed threatened species also make their homes on the refuge. Big Oaks NWR is also a designated Globally Important Bird Area.

Public use is allowed from mid-April through November, Mondays, Fridays and the second and fourth Saturdays of the month (except for Federal holidays). Hunters are not allowed to hunt alone, they must always be with a buddy. Fishing is allowed only on Big Timbers Lake, max number of boats on the lake: 30. 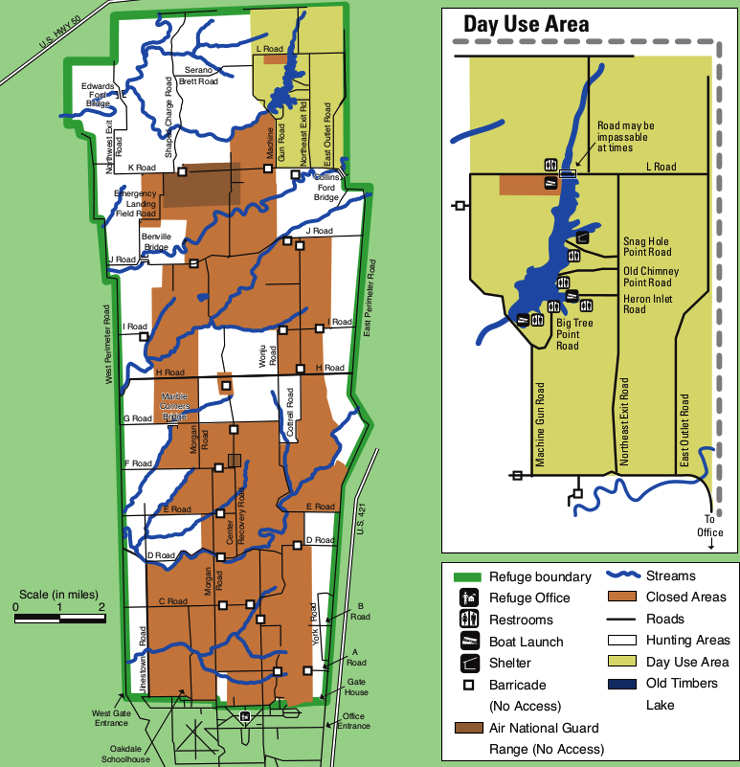