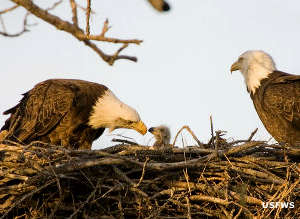 Two Rivers National Wildlife Refuge is composed of five discrete parcels of riverine bottomland wetlands, four parcels between the Illinois River and the Mississippi River and one upstream on the Illinois. Altogether, there's about 9,225 acres involved.

Back from the main river channels a bit 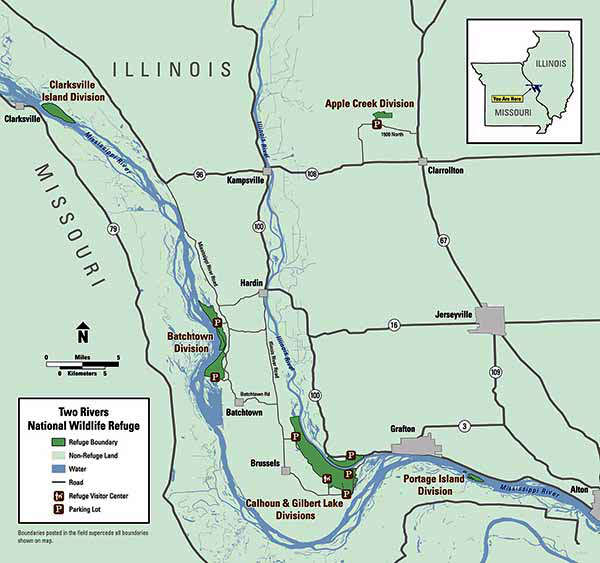