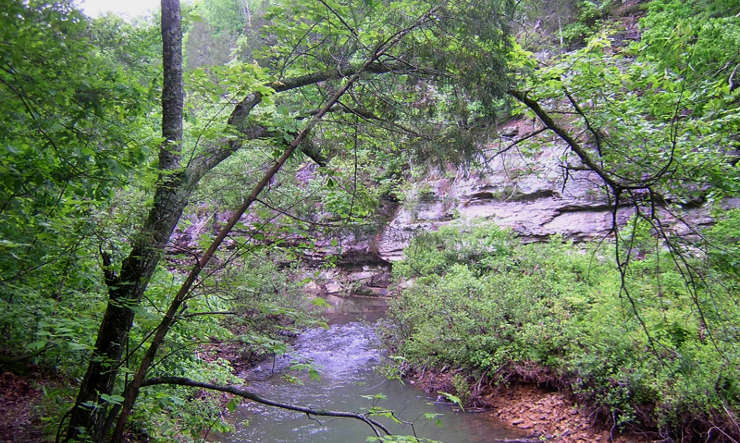 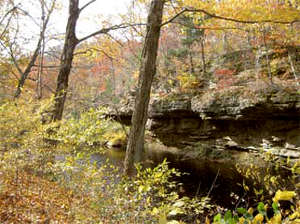 Lusk Creek Wilderness is a 6,293-acre property on Shawnee National Forest in southern Illinois. As this area is south of the southern edge of the Laurentide glaciers (back in the day: 352,000 to 112,000 years ago), the landscape is uncharacteristically rugged for Illinois. Like the nearby Garden of the Gods Wilderness, this is an area of relatively flat ridge tops overlooking deep sandstone gulches and narrow ravines. Throw in some sinkholes, sheltered rock caves and sheer rocks walls rising up to 200 feet above the creeks and you can see how this property easily earned the wilderness designation.

Lusk Creek runs year round on the property and is rated as one of the state's highest quality water flows, offering plenty of bluegills and bass. The creek is also being considered for "Wild and Scenic River" status.

There are several trails on the property but the biggie is the River to River Trail: the 18-mile section from Garden of the Gods Wilderness across Lusk Creek is often called the "least civilized piece of the Midwest." There is evidence in the Indian Kitchen area indicating human presence as much as 10,000 years ago (Indian Kitchen is also known as the Lusk Creek Illinois State Nature Preserve).