The World War II Valor in the Pacific National Monument is headquartered at Pearl Harbor in Hawaii but it is also comprised of two other units: the Aleutian Islands Unit in Alaska and the Tule Lake Unit in California. The Pearl Harbor Visitor Center is the main portal for visitors coming to visit the USS Arizona Memorial and other nearby sites: tickets and information are available in Aloha Court. The most popular (and consequently hardest to participate in - make your reservations well in advance!) is the USS Arizona Memorial program, a 75-minute tour that covers the heart of the Hawaiian section of the National Monument.

Road to War and Attack, the two major exhibit galleries, are very close by in the Visitor Center area. Road to War explores the series of events leading up to the attack on Pearl Harbor and its aftermath while Attack focuses purely on the events of the attack itself. Both galleries display dramatic photographs, artifacts of the battle, personal memorabilia and other interpretive exhibits. There are also kiosks available so that visitors can hear personal accounts from some who lived through the attack.

Across from the two exhibit galleries is the Pearl Harbor Memorial Theater. The theater shows a 23-minute documentary film that details events of the December 7, 1941 attack. Viewing the documentary is an integral part of the 75-minute USS Arizona Memorial tour but viewing the film is open to all visitors.

Throughout the facility you'll find wayside exhibits that help visitors to imagine the events and experience of that tragic day. Some of the exhibits display photos of how it was then and how it is now...

At Remembrance Circle is an exhibit paying tribute to the people, both civilian and military, who died during and as a direct result of that attack. A bronze 3D map of Oahu illustrates the various targets attacked that day and Medal of Honor recipients are on the list with their names in gold lettering.

The Visitor Center facility has strict security measures in place: cameras, cell phones and wallets are allowed but no bags of any sort. Near the entrance is a storage facility (with a $3 storage fee) operated by the USS Bowfin Submarine Museum & Park. In addition, because of the nature of the events commemorated by the USS Arizona, USS Oklahoma and USS Utah Memorials, visitors to those memorials are asked to help in maintaining an atmosphere of decorum as these are places of reflection, inspiration, honor and quiet contemplation. For civilians: sandals are permissible but no bathing suits or profane T-shirts. Military can wear civilian clothes but if they are in uniform, it must be Class "B" or better, per order of the Pacific Commander.

Strollers are allowed in the Visitor Center area but not on the shuttle boats or in the theaters. Strollers can be parked near the theaters and picked up after the tours but there is no one responsible for monitoring strollers or any other personal items left behind. Service animals are allowed but no pets.

World War II Valor in the Pacific National Monument is among the top three sites visited in the Hawaiian Islands. Visitation is always heavy (usually more than 4,000 people per day) but is heaviest during winter holidays, spring break and summer.

There are no entrance fees to visit the Pearl Harbor Visitor Center but most tours have fees attached. The Visitor Center always reserves a set number of tickets for the US Arizona Memorial tour for walk-ins (first-come, first-served) but in the busiest times, I wouldn't count on that. Reservations can be made up to six months in advance via Recreation.gov. For reserved tours, you need to pick up your printed tickets at the Visitor Center at least one hour in advance of your scheduled tour. Tours of the USS Arizona Memorial are free but use of Reservation.gov adds a $1.50 per ticket, non-refundable "convenience" fee. The other Pearl Harbor Historic Sites (Battleship Missouri Memorial, USS Bowfin Submarine Museum & Park and the Pacific Aviation Museum) are operated by non-profit entities that charge admission fees. A "Passport to Pearl Harbor" ticket allows entry to everything. 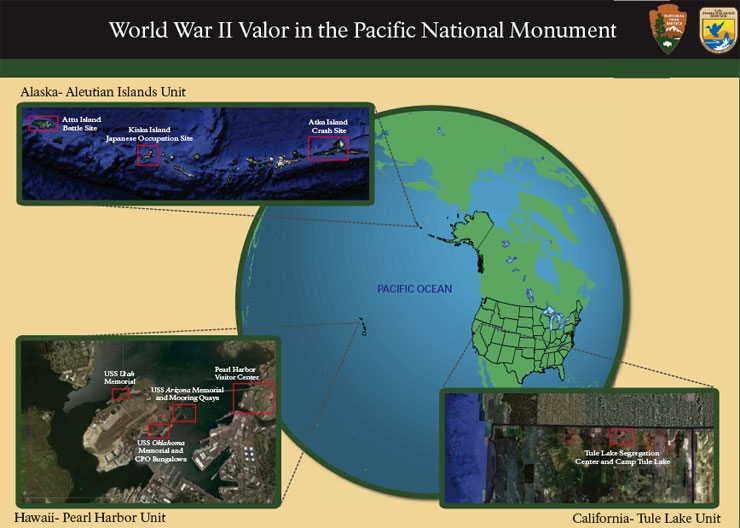