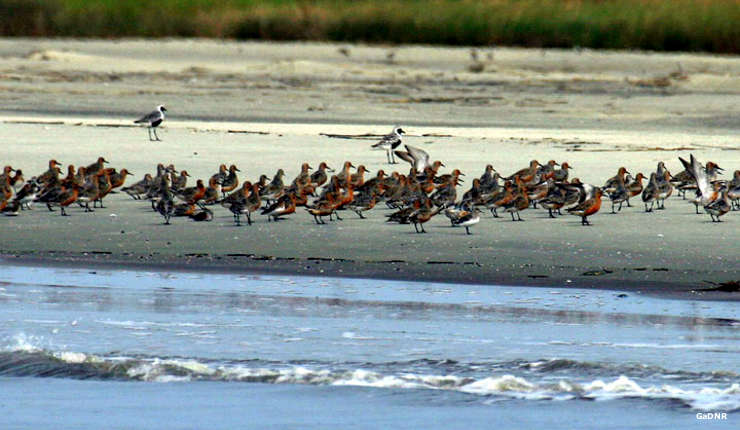 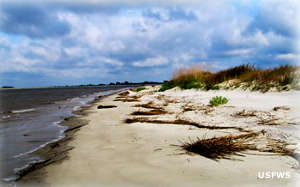 The habitat is primarily mud flats in an ever-changing marsh/dune ecosystem. The majority of the property is ten feet or less above sea level and is covered with a fragile carpet of early successional plants. Every time there is any kind of storm surge in the area, the whole island is liable to be submerged.