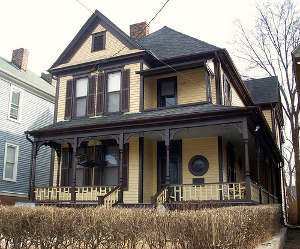 Martin Luther King Jr. National Historic Site is a 34.47-acre property on Auburn Avenue in northeast Atlanta. Contained in the site are the birth home and grave site of Martin Luther King Jr. Also on the property are the Ebeneezer Baptist Church (where Dr. King preached from 1960 until his death), Fire Station #6 (now a gift shop with an exhibit detailing the desegregation of the Atlanta Fire Department), a memorial tribute to Mohandas K. Gandhi and the "I Have A Dream" International World Peace Rose Garden. The "International Civil Rights Walk of Fame" is a recent addition to the site.

The memorial to Mohandas K. Ghandi was donated by the Indian Council for Cultural Relations, the Embassy of India and the National Association of Indian American Associations. As Dr. King said himself: "Tribute to Mahatma Gandhi was inevitable. If humanity is to progress, Gandhi is inescapable. He lived, thought and acted, inspired by the vision of humanity evolving toward a world of peace and harmony. We may ignore him at our own risk." 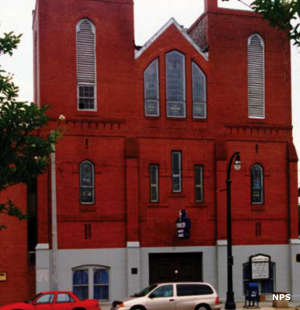 An inholding in the site is the "Martin Luther King Jr. Center for Nonviolent Social Change," an organization begun by Coretta Scott King (Dr. King's widow) the year after he was assassinated. The center began in the basement of the King home but moved into a multi-million dollar facility next door to the Ebeneezer Baptist Church. Apparently the King family is debating whether the family should continue to own the Center or should they sell the property to the National Park Service.

Martin Luther King Jr. National Historic Site is open from 9 am to 5 pm daily except for Thanksgiving, Christmas and New Year's Days. The first tour of Dr. King's boyhood home begins at 10 am, the last tour at 4:30 pm. Admission to the park and parking are free. You'll need tickets for any of the tours being offered but those tickets are also free. As there is a 15-person limit on the half-hour tours, you'll want to arrive and register early as the tours are offered first come, first served. 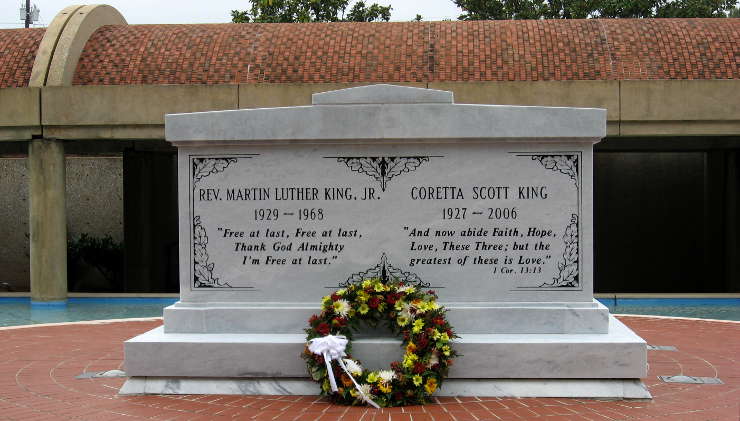 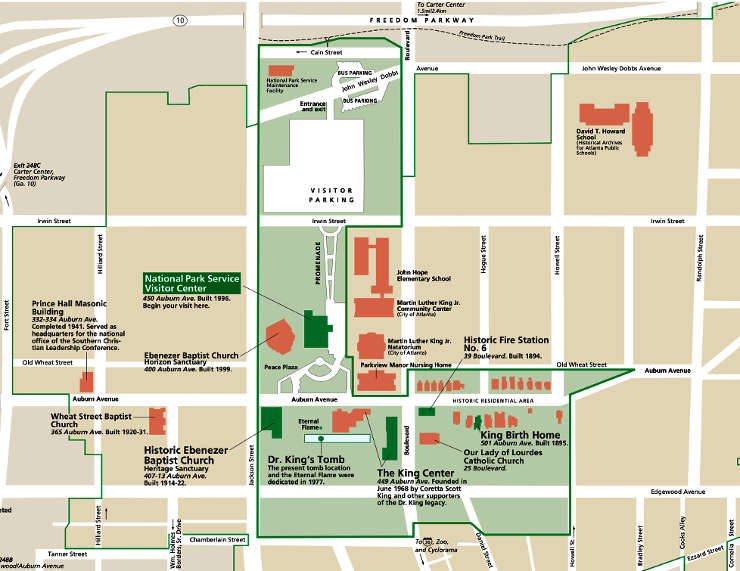