Herlong Mansion in Micanopy, on the Old Florida Heritage Highway 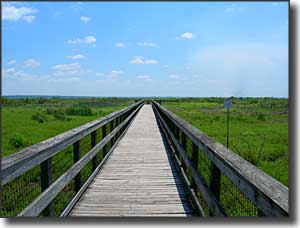 The Old Florida Heritage Highway wanders around through the southern part of Alachua County, south of Gainesville. Between US Highway 441 and the various spurs/loops, the Old Florida Heritage Highway covers some 48 miles of well-preserved Old Florida back country. In one of my first journeys through the area I went south out of Gainesville on US Highway 441 to Micanopy. I stopped and explored the old town of Micanopy, then drove State Route 234 back to US 441 and went south to State Route 225 to Evinston.

Between Gainesville and Micanopy is the large expanse of Payne's Prairie Preserve State Park. A prairie in Florida seems to be mostly a large open area of wetlands and hammocks without big tree cover. About halfway between the two towns I came across a nice boardwalk leading out to an observation deck and I took advantage of it. As much as the signage said "Don't feed the alligators," I didn't see any. But there was some creature among the bullrushes that was making noises at me like it was inviting me over for lunch... 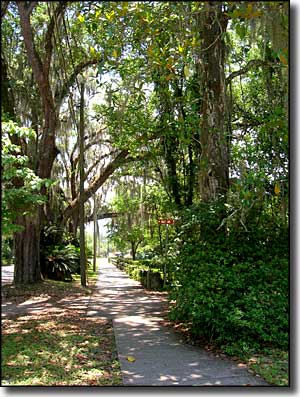 Micanopy was founded in 1821 as Wanton's Town in this dry area between the lakes. It was probably the first inland town in the State of Florida. The Seminole village of Cuscawilla was located to the south, near what is now Tuscawilla Lake. Back in 1774, the famous Quaker naturalist William Bartram came through the area, observing and taking notes about the flora, fauna, landscape and details of Indian life. He spent some time at Cuscawilla with Seminole Chief Cowkeeper, enjoying the good company and collecting some local botanical specimens. His later book "Travels..." was his account of the journey and what he found along the way. Coleridge, Emerson and Wordsworth all attribute some of their inspiration to Bartram's writings.

Modern Micanopy has preserved a burial mound found in that area as part of the Micanopy Native American Heritage Park. Across the highway to the south is the Tuscawilla Preserve, a 518-acre area of wetlands, lakes and upland forest permanently protected by the Alachua Conservation Trust. There are some good hiking trails around the property but most of the land is beautiful, bird-infested swamp.

Micanopy is a very photogenic little town with sidewalks that bend around the old-growth, Spanish moss-draped live oaks. I found the folks friendly, the coffee and scones excellent and there was almost no traffic at midday on a Tuesday early in June. Most of the people I came across were busy enjoying the gorgeous day. Little kids were riding their bikes on the sidewalks, adults were checking out the antique shops and the restaurants.

The townsite of Micanopy is listed on the National Register of Historic Places. If some of what you see in town seems familiar then you must have enjoyed the movies "Doc Hollywood" and/or "Cross Creek" (both were filmed here). 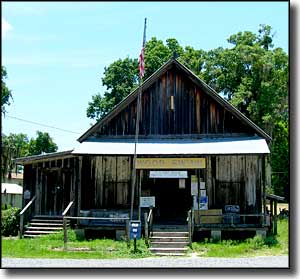 From Micanopy, I went south looking for Evinston. I wanted to check out the famous Wood & Swink General Store and Post Office. At one time, Evinston boasted of three general stores, three churches, a schoolhouse, a blacksmith shop, two packing houses, a grist mill and a train depot. Most of the buildings in town were built between 1882 and 1884. Citrus was a major crop in the area until the great freezes of the 1890's wiped out most of the trees. The train depot was moved in 1956 to make way for a road paving project and that was the end of passenger service. Freight service continued until the tracks were pulled up in 1982. The partnership of Wood and Swink bought the store in 1934 and Fred Wood served as postmaster until he left the job in 1978 and the post office was closed. The building still contains the original post office boxes and equipment from back in the day. The town park was first dedicated in 1909 and still serves as a beautiful place for picnics and play time. 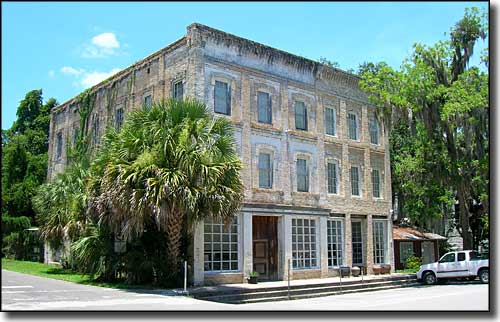 Another building in downtown Micanopy 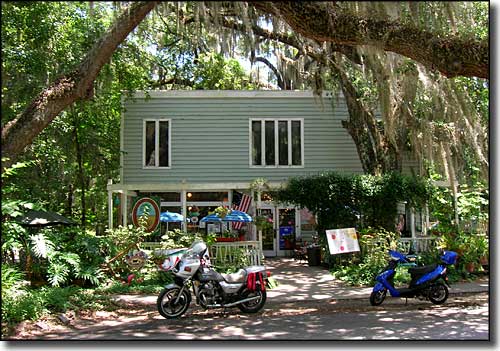 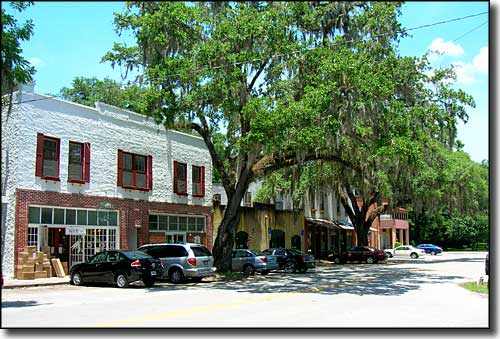 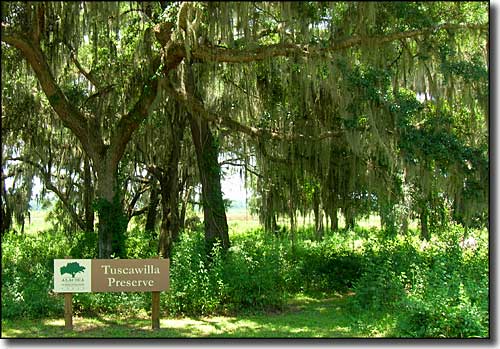 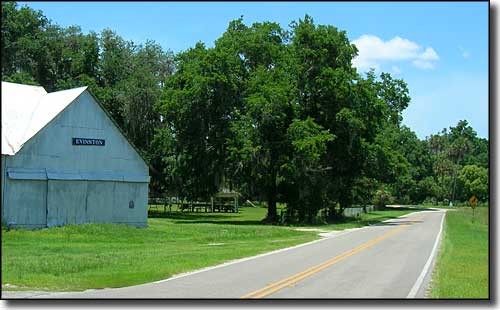 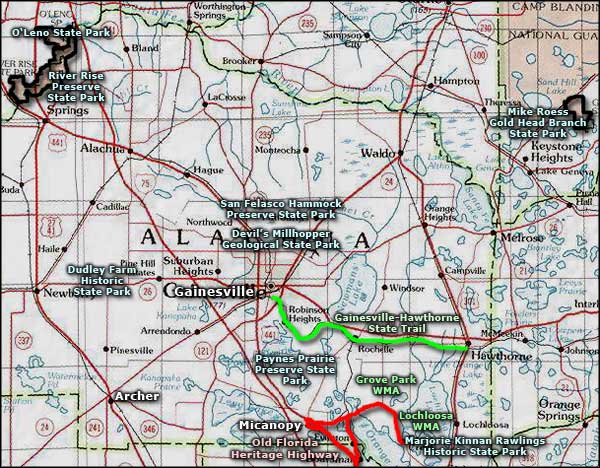