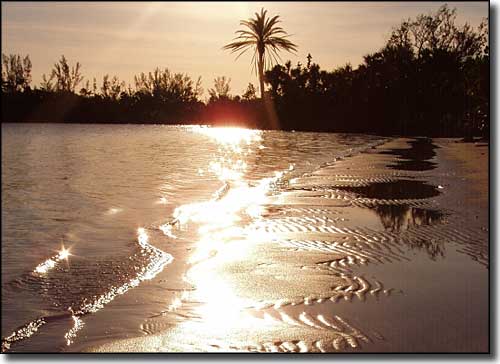 The beach at Hobe Sound National Wildlife Refuge at dawn

Containing about 1,035 acres, the Hobe Sound National Wildlife Refuge was established on September 30, 1969 to protect vital nesting habitat of the Loggerhead and Green sea turtles. Indian River Lagoon bisects the National Wildlife Refuge into two parcels: 300 acres of sand pine scrub on the west side of the lagoon and the 735-acre Jupiter Island tract of mangrove swamp and coastal dunes on the eastern side of the lagoon. The Jupiter Island tract is some of the most productive sea turtle nesting property in the United States. The habitat here is also important for the survival of nearly 40 other endangered and protected species, including the gopher tortoise and Florida scrub jay. Part of Hobe Sound NWR is within the town limits of Jupiter Island while the majority of the property is in unincorporated areas of Martin County.

The 2.5-mile beach trail leaves the refuge parking lot near the beach and heads north to Peck Lake. Along the trail you might see gannets, brown pelicans and other pelagic birds. If you look really close, you might see manatees maneuvering through the waters of the Intracoastal Waterway west of the Jupiter Island tract.

The Hobe Sound Nature Center, Inc. works with the US Fish & Wildlife Service and offers nighttime sea turtle walks during June and July. The walks begin in the Visitor Center auditorium with an introductory slide show, then they proceed to the beach where "turtle scouts" will have been busy looking for nesting sea turtles. Once a nesting turtle is located, the group will be encouraged to gather around and observe. No flash photography is allowed and the walks can last sometimes three-to-four hours. As groups are limited to 25 people, reservations are required. Call 772-546-2067.

The Visitor Center/Headquarters for Hobe Sound is located directly on US Highway 1, 20 miles north of West Palm Beach and 2 miles south of the intersection with State Road 708. The Visitor Center offers a gift shop, exhibit room, environmental education classroom and access to a 0.4-mile interpretive nature trail through the protected sand pine scrub habitat. This is also home to the Reed Wilderness Seashore Sanctuary, a 173-acre section of almost completely undisturbed Atlantic beach that became a designated National Natural Landmark in November 1967. 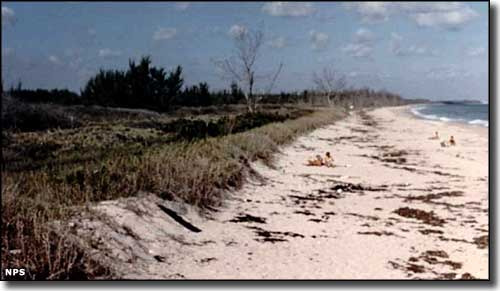