A view at Hurricane Hole 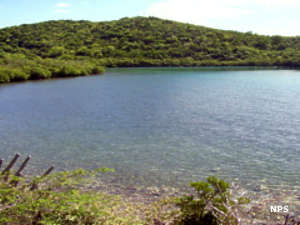 Virgin Islands Coral Reef National Monument came into existence in 2001 when President Bill Clinton issued an executive proclamation authorizing it. Several years later a significant bleaching event negatively affected about 60% of the coral in the area, leading the USGS to conduct extensive research in the area. They discovered previously unknown coral ecosystems in the submerged areas of mangrove trees at the edge of the water. Of the 45 species of coral found in the Virgin Islands, 30 species were thriving among the mangrove roots and trunks. This was discovered among the mangroves lining Hurricane Hole, the only part of the National Monument that touches land. The scientists also found a higher diversity among sponge species in the area. This has led to increased visitation in the Hurricane Hole area as people come to snorkel in an ecosystem filled with diverse species of juvenile fish, corals and marine invertebrates. Hurricane Hole is also an area where legally registered boats can anchor to ride out a tropical storm or hurricane passing through.

Virgin Islands Coral Reef National Monument preserves and protects some 12,708 acres of federal submerged lands in a three-mile belt off the coast of St. John Island, including Hurricane Hole and deeper areas north and south of the island. The monument is administered by staff at Virgin Islands National Park. The visitor center is open from 8 am to 4:30 pm every day of the year except Christmas. While anchoring is allowed in designated areas of the National Park, anchoring (and fishing) within the bounds of the National Monument is not. There is a map here that gives the coordinates of mooring sites in the area. 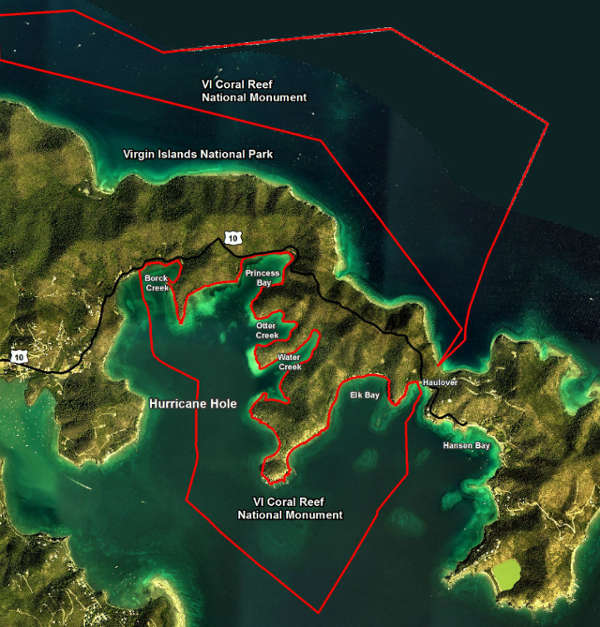 Map of the Hurricane Hole area 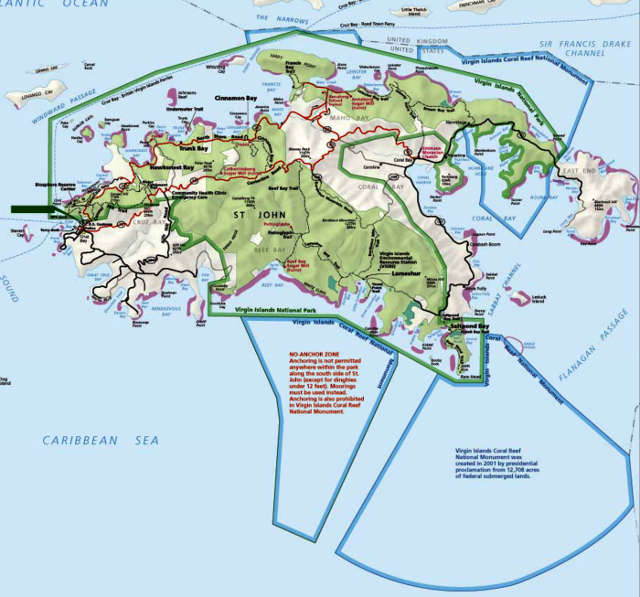