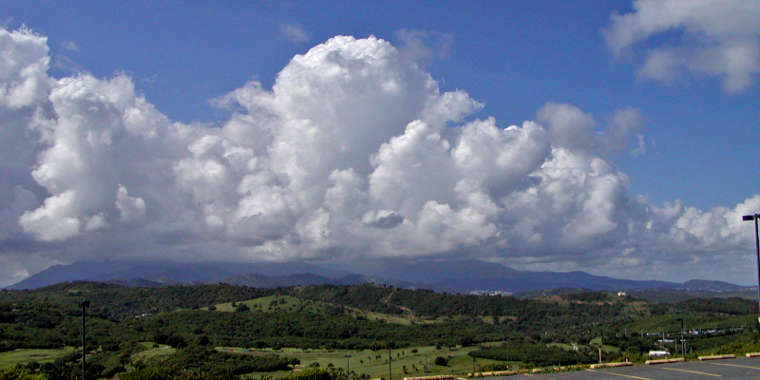 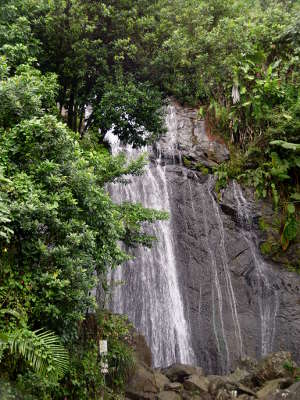 The forest is located on the western side of the Luquillo Mountains, about 25 miles southeast of San Juan. With an average of more than 240 inces of rain per year, the location makes El Yunque the only tropical rainforest in the National Forest System. The forest supports a large range of flora and fauna that vary greatly depending on the elevation. Most of the forest area grows tall trees and competition in the canopy severely limits growth possibilities on the ground below. Around 3,000 feet there is a dwarf forest, populated with species adapted to the high soil acidity and poor water runoff. Part of that adaptation makes trunks grow wider and shorter with fatter branches and fewer leaves: ideal habitat for the epiphytes that grow throughout the forest region but are especially concentrated in the dwarf forest area. There are more than 240 species of trees, more than 150 species of ferns and at least 50 species of orchids found in the forest. Among the list of plants are eight on the federal endangered list and 30 on the federal sensitive list. The endangered Puerto Rican boa, Elfin woods warbler, five species of small frogs, the Desmarest's fig-eating bat and the critically endangered Puerto Rican Amazon also inhabit the forest.

El Yunque National Forest is open daily from 7:30 am to 6:00 pm. There are no developed camping facilities on the property but dispersed camping in designated areas is allowed by permit only. Permits need to be requested at least two weeks in advance. 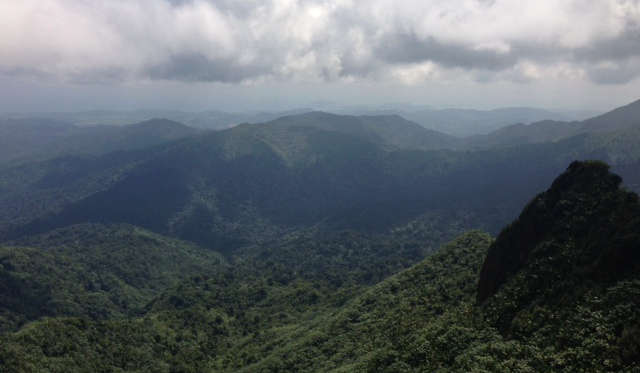 View from the summit of Pico El Yunque 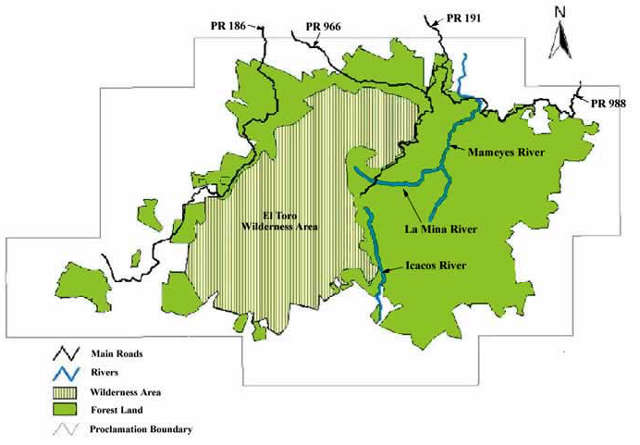