The are four primary trailheads (with five major trails for a total of 26 miles) leading into Jennie Lakes Wilderness. Most of those trails cross the wilderness and lead into the back country of Sequoia-Kings Canyon Wilderness. Because of that connection, the Jo Pass, Rowell Meadow and Jennie Lake trails are most heavily used. To cross that line into the National Parks requires a park pass and camping across the line requires an NPS wilderness camping permit. 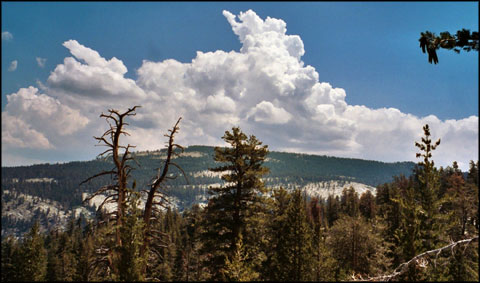