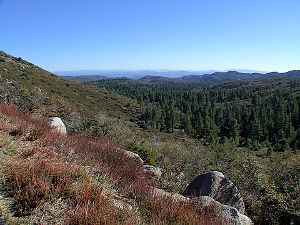 The view from Mt. Laguna

Prior to 2019, the Cleveland was the site of the largest forest fires in California's history. The forest was assembled in 1908 by President Theodore Roosevelt when he combined the San Jacinto and Trabuco Canyon National Reserves and renamed the whole after President Grover Cleveland. As in most southern California National Forests, a National Forest Adventure Pass is required before you park your vehicle in most areas.

The southern part of Cleveland National Forest sees regular road closures because of "law enforcement activities." In reality, they are trying to limit the travel routes available to the Mexican cartels... 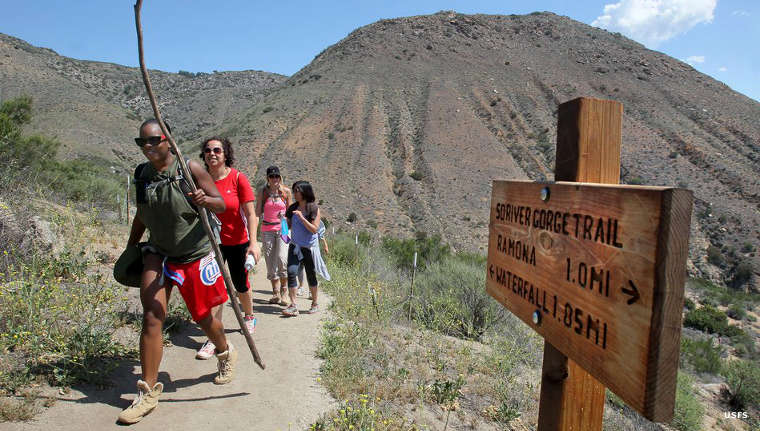 Hikers in the forest

In the mountains of Southern California 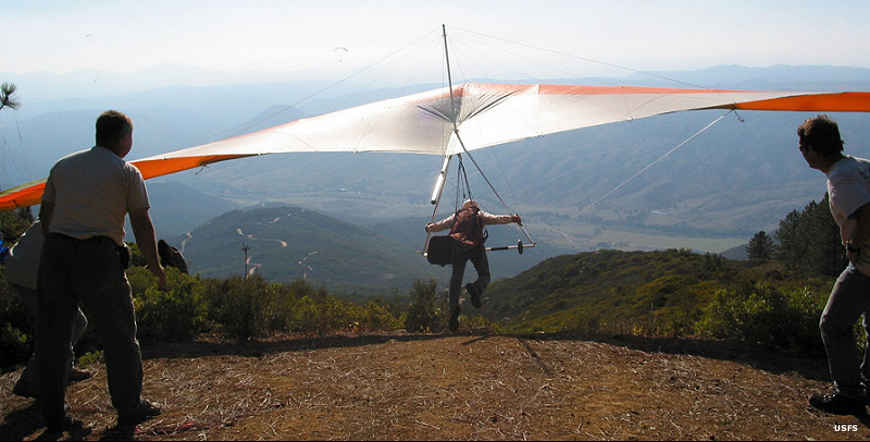