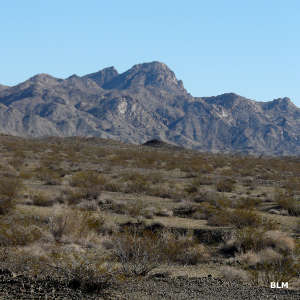 Chemehuevi Mountains Wilderness is an 85,864-acre property in the eastern Mojave Desert. About half the eastern boundary of the property is against the boundary of Havasu National Wildlife Refuge, just off the Colorado River. The other half is against the Chemehuevi Indian Reservation. The rest of the wilderness area is completely encircled by roads and powerline and pipeline corridors.

The majority of the wilderness area is taken up with the Chemehuevi Mountains, a rugged range laid out in the shape of a horseshoe with the opening to the east. The central valley in the horseshoe is composed of low, rolling hills covered with a dense fabric of cholla, other cactus, ocotillo and the occasional agave. The wide bajadas that encircle the mountains on the outside are vegetated with creosote bush scrub. The major body of the mountains is granitic, in some places almost white granite. However, a few miles up from the Colorado River, the rock turns dark and forms spires and blocks obviously of volcanic origin.

A number of springs and seeps have been found in the area. The broad, sandy, tree-lined Trampas and Red Rock Washes cross the wilderness area east/west.

Most folks seem to get there by going south from Needles on US Highway 95 for about 10 miles to a dirt pipeline road that travels east along the northern boundary of the wilderness. The wilderness boundary itself is set back to the south about 30 feet from that dirt road.

A few miles to the west is Stepladder Mountains Wilderness.

Another part of the Chemehuevi Mountains 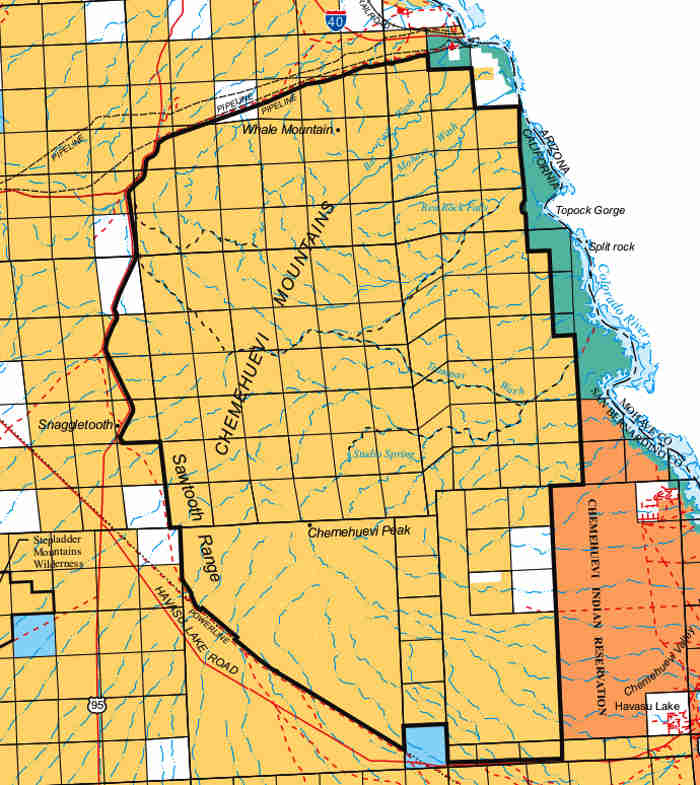