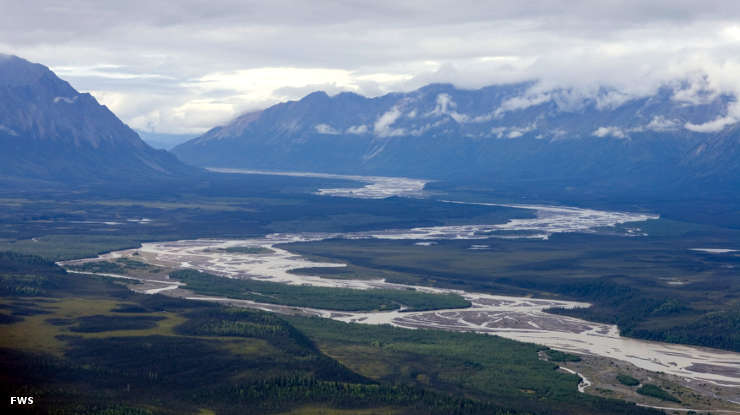 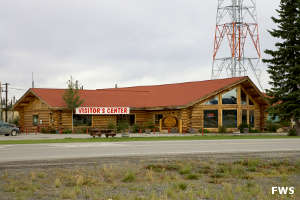 The 730,000 acres of Tetlin National Wildlife Refuge are against the Canadian border, sandwiched between the Alaska Highway on the north and Wrangell-St. Elias National Park and Preserve on the south. This is the upper Tanana River valley, an area of forests, tundra, lakes, wetlands, glacial rivers and snow-capped mountains.

Tetlin National Wildlife Refuge is important for the vast numbers of swans, cranes, geese, ducks, raptors and songbirds that either pass through here or nest in the spring, summer and fall. Many birds that make the annual migration from South and Central America to the Arctic Ocean rest here a bit, arriving between April and early June, then coming through again in September and October when they are headed the other way. Bird watchers have recorded about 140 species of birds that nest on the refuge each year.

The Mentasta Mountains rise to about 8,040' in the southwestern corner of Tetlin NWR, but most of the property is rolling lowlands and flat wetlands. The upland vegetation is mostly boreal forest taiga with white spruce in the drier areas and black spruce in the wetter areas. Dry, south-facing slopes usually have a covering of quaking aspen and paper birch. Along the waterways you'll usually find balsam poplar, alder, willow and dwarf birch. As the elevation goes up, the dense spruce gives way to more open spruce woodlands mixed with tall shrubs. Further up the hill that gives way to dwarf shrubs and then to alpine tundra.

The refuge headquarters is located on the corner of Borealis Avenue and Midnight Sun in the community of Tok (about 94 miles from the Canadian border). The Tetlin Visitor Center is located at milepost 1229 on the Alaska Highway, 7 miles from the Canadian border. The refuge runs along the south side of the Alaska Highway westward from the border for 65 miles. In a lot of areas you can enter the property on foot, but there's a lot of water out there and you won't get too far without a boat. Access to the interior of the property in summer is usually by boat or small ski/float equipped aircraft. In the winter you can go just about everywhere on foot or on snowmobile. 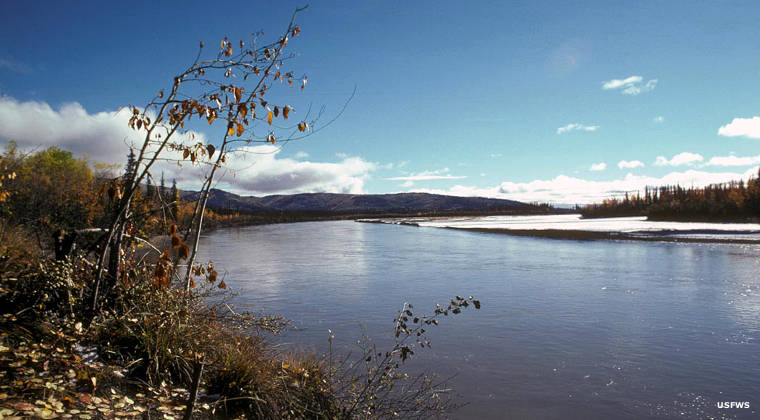