William B. Bankhead National Forest from the top of Brindlee Mountain

William B. Bankhead National Forest is a 181,230-acre property named after longtime Alabama Representative William B. Bankhead. The forest is very popular for hunting, horseback riding, swimming, hiking, fishing, canoeing, kayaking and more. The forest is a treasure trove of waterfalls and contains the Sipsey Wilderness completely within its boundaries. The landscape is a mix of limestone bluffs above valleys with swift streams, including Alabama's only National Wild and Scenic River, the Sipsey Fork. 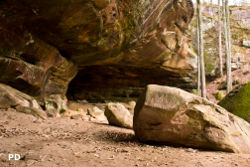 The forest is thickly treed and is also one of the premier sites in the southeastern United States for finding Native American relics such as prehistoric drawings, rock carvings and petroglyphs. One famous antiquities site is the Kinlock Shelter: a rock shelter/cultural site that was in use by Native American tribes for thousands of years. Patterns carved in the rock mark this as a place for ceremonies in sync with the solar cycles, the primary function being a Native American Winter Solstice sunrise ritual.

Bankhead National Forest offers six developed recreation areas with facilities for camping, fishing, picnicking, hiking and swimming. Hunting is allowed in season on the forest but during hunting season, hunters must camp in designated hunter's camps. They are not required to get a primitive camping permit but primitive-camping non-hunters are required to get a permit during the season from November 15 to January 31 annually. During hunting season you'd also be well served to be wearing hunter's orange everywhere you go in the forest.

William B. Bankhead National Forest offers three developed campgrounds, two (Clear Creek and Corinth) with electrical and water hookups. The campgrounds are open from April through October. The forest offers 153 miles of recreational trails, many of them also available to horseback riders. 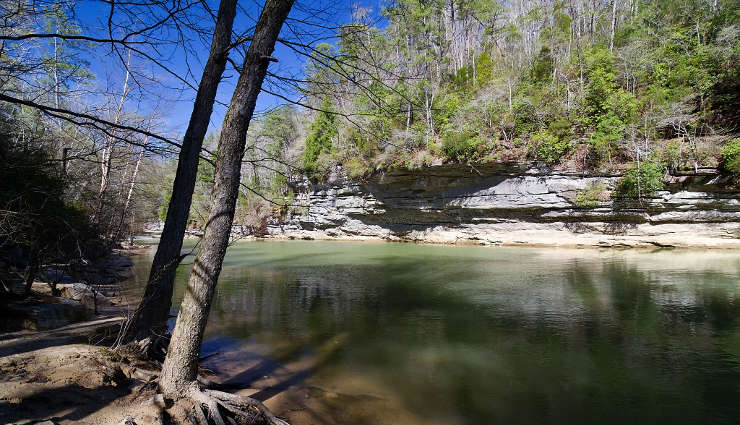 Along Clear Creek in William B. Bankhead National Forest 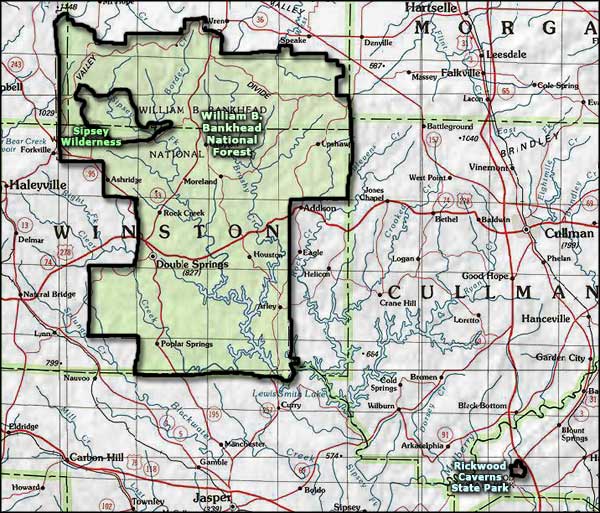