New Mexico - The Land of Enchantment 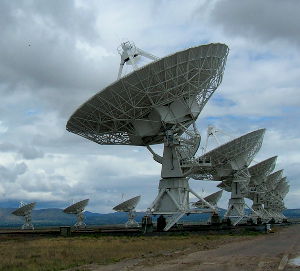 10,000 years ago, New Mexico was home to the Clovis culture: a grouping of Paleo-Indians who developed a very distinctive arrow point. After the Clovis came the Mogollon and Mimbres (in the southwest) and the Anasazi (north-central and northwest). By the time of the Spanish arrival in the area, there were scattered groups of Apaches, Navajos and Utes and the Puebloan people of the Upper Rio Grande, San Juan/Rio Puerco areas and the central western mountains (Salinas, Acoma, Laguna, Zuni). The arrival of the Spaniards was disastrous for the natives, especially since the Spaniards brought the Spanish Inquisition and a plethora of European diseases with them. The diseases depopulated whole areas of Nuevo Mexico. Then came the Franciscans, intent on converting or killing every native who'd survived the diseases. The excesses of the priests and of the bankrupt Spanish nobles led to the Pueblo Revolt of 1680. The Pueblo Revolt was a real "American Revolution" and led to Spain abandoning the area from 1680 until 1692. Then came Don Diego de Vargas with a charter from the King of Spain.

De Vargas was charged with retaking Nuevo Mexico for the King but he wasn't given any money or manpower to work with. He presented his charter to the governor of Chihuahua and was given an army with some amount of weaponry. The army was formed by emptying the prisons of Chihuahua and escorting the prisoners outside the city. There they were instructed to go north with de Vargas and never return, on penalty of death. They were also given several wagon loads of old swords, daggers, armor, helmets and blunderbusses with some shot and gunpowder. There weren't many horses so most of the men walked all the way to Santa Fe and points north. By the time they arrived in northern New Mexico, the alliance among the Pueblos had broken down and the Spanish were able to take advantage of that. It took a couple years but New Mexico was soon under Spanish rule again. This time, though, certain things were different. The natives were no longer available for the taking: previously they had been used as little more than slaves by the Spanish leaders and the priests. And the natives were no longer subject to forced conversion to "Christianity."

In 1820, Mexico declared independence from Spain and deported many Spanish citizens. A peace was negotiated between Mexico and Spain but the King of Spain refused to honor it. That led to more deportations. By 1830, there were very few people left in the New World who had been born in Spain and retained any amount of Spanish loyalty. This included the Catholic priesthood. With virtually no priests available, that opened the door to the establishment of Los Hermanos Pentitente. Los Hermanos were the elders of the villages and they stepped up to become the civic and religious authorities. In some areas of the Southwest, Los Hermanos are still active in local affairs.

In 1821, William Becknell arrived in Santa Fe with several wagon loads of trade goods. Up until that time, there was no trade allowed between northern New Mexico and the United States: all trade goods had to come through Veracruz to Mexico City to Chihuahua and then up El Camino Real. What finally arrived in Santa Fe and Taos was the dregs of the dregs. Becknell essentially established the Santa Fe Trail and that became a major trade and migration route that was used until the Atchison, Topeka & Santa Fe Railroad arrived just outside Santa Fe in 1878.

In 1846, Colonel Stephen Watts Kearny sent a courier to the Governor of Nuevo Mexico informing him that the Army of the West was on its way to conquer Nuevo Mexico for the United States. When Kearny arrived in Santa Fe a few days later, the Mexican government and their troops had evacuated the city. Kearny''s troops pushed south to Las Cruces, then crossed the Rio Grande and headed for Chihuahua and Monterey (as part of the Mexican-American War). Kearny himself traveled west with a small force and "invaded" California. In January 1847, a group of Mexican citizens together with some Pueblo Indians attacked certain homes and business establishments in the village of Taos. Several prominent Americans and Mexicans were killed before American fighters arrived from Santa Fe and put down the Taos Uprising. The final "battle" saw the Americans shelling the church at Taos Pueblo with most of the rebels inside it. The rebels surrendered as the church burned and shortly thereafter, a significant number of them were tried and summarily hung from trees all around the Taos Plaza. As the colony at Mora had also been supportive of the uprising, the town of Mora was looted and burned to the ground. Almost all the men, women and children found in the town of Mora were killed in the process.

The canyons below Los Alamos 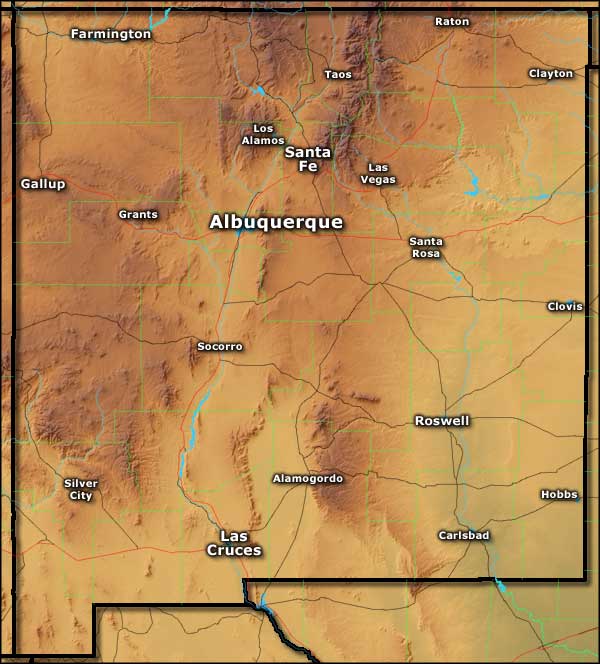