Bear Paw Battlefield is the site of the final engagement of the "Nez Perce War" of 1877. It was here, after five days of fighting in a raging blizzard, that Chief Joseph made his famous statement: "From where the sun now stands, I will fight no more forever." And so ended one of the major tragedies of the American West.

Several months after the shooting started in Idaho, almost 800 Nez Perce (warriors, women, children and old men) ended their flight for freedom. They'd traveled on horseback across more than a thousand miles of some of the most wild and rugged countryside in North America to finally surrender here, a scant 40 miles short of their goal at the Canadian border. And even then, as Chief Joseph was negotiating with the Army commanders, some of his people were collecting themselves, some horses and a few belongings, then sneaking away to cross the border anyway.

There's no visitor center at the battlefield but the Blaine County Museum in Chinook is where many artifacts found on the site are now on display. Pretty much all the battlefield itself offers are picnic tables, vault toilets and peace and quiet as you walk the moderately-difficult 1.25-mile self-guided interpretive trail... The markers for shelter pits and rifle pits were placed on the property by Nez Perce survivors who returned to the site almost 50 years after battle. 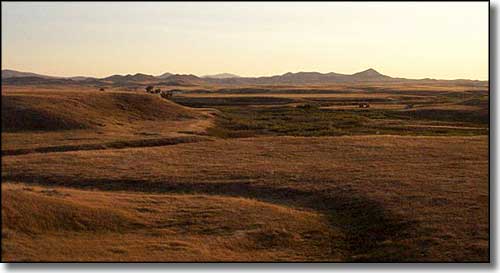