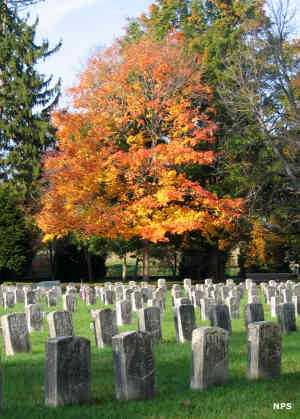 Antietam National Cemetery is an 11.36-acre property adjacent to Antietam National Battlefield. The cemetery holds more than 4,975 interments, all Union soldiers, about 38% of them unidentified. Some of those remains are of soldiers who died at Monocacy, South Mountain and other Civil War actions in Maryland. The cemetery also contains the graves of veterans (and their wives) from the Spanish-American War, World War I, World War II and the Korean War.

Antietam Cemetery was originally established by the state of Maryland in 1864. The day after the shooting stopped at Antietam, the Union and Confederate soldiers went about the battlefield collecting their dead and wounded. Some of the dead were buried well, in individual graves. Many were buried in hastily dug trenches that a year later left the bodies exposed to the elements. Maryland purchased the land, then a team spent the next several years digging up and identifying as many of the bodies as they could before burying them again, concluding their work in the late 1860's. It was in 1870 that the Federal War Department took possession of the property.

Antietam National Cemetery from the area of the Maryland Monument 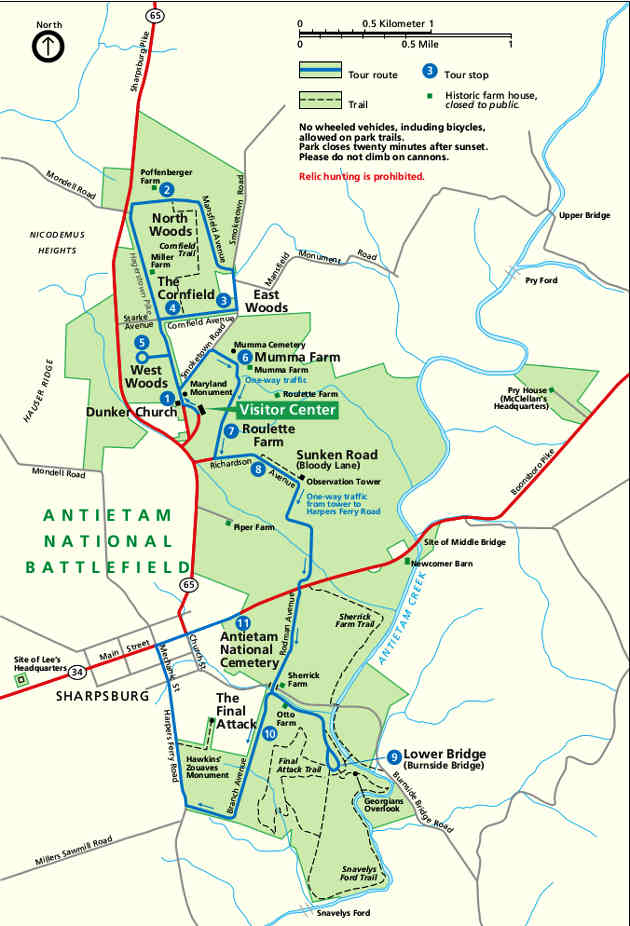