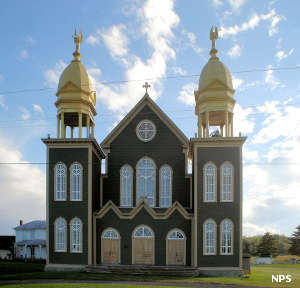 The French explored and settled along the lower St. Johns River in the early 1600's. However, during a series of small wars that culminated in the French & Indian War the British burned many Acadian villages in the area and deported all the Acadians they could capture to Louisiana. Most of those Acadians who escaped deportation eventually moved north to Quebec. The British allowed the Acadians to begin returning in 1785 and many settled in the upper St. Johns Valley on both sides of the river. In the mid-1800's there was an influx of Quebecois coming south from the St. Lawrence River Valley along old portage routes. Today, a large percentage of the population of the St. Johns Valley speaks both French and English, plus a local dialect that is a mix of both. 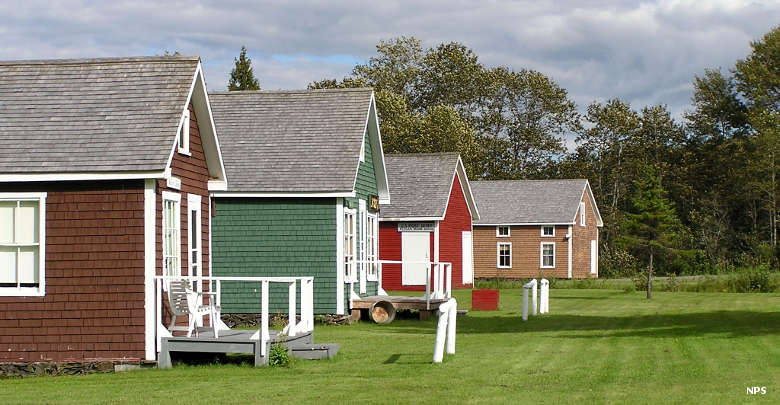 A view at Maine Acadian Village in Van Buren, Maine 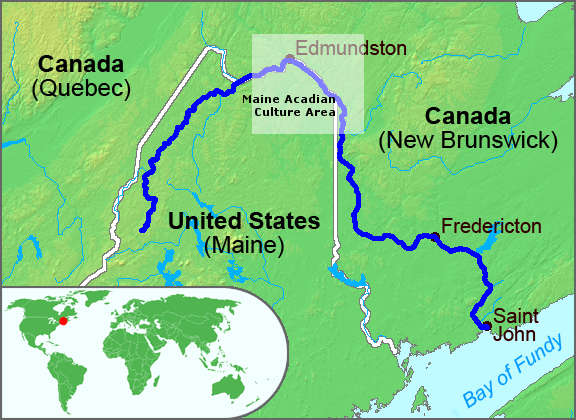