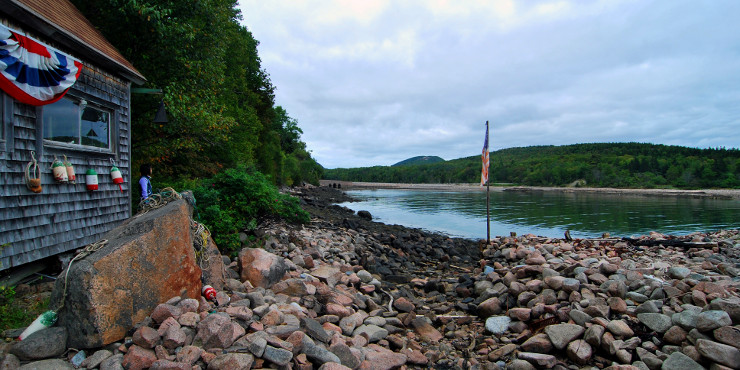 View along an inlet at Acadia National Park 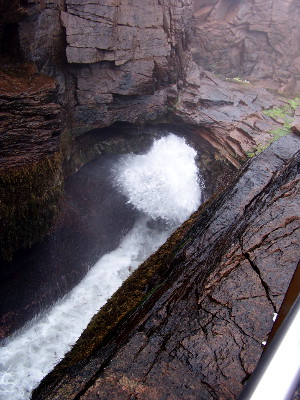 A thunder hole along the granite shore

Acadia National Park began life in 1916 as Sieur de Monts National Monument. In 1919 the name was changed to Lafayette National Park and then to Acadia National Park in 1929. The park came about as donations of land and services from private individuals met with powerful advocacy at the federal level. Today's park offers some 44 miles of graveled carriage roads, courtesy of John D. Rockefeller Jr. and an endowment fund designed to take care of the trails in perpetuity.

1947 was the year in which about 10,000 acres of Acadia National Park burned in a forest fire. It was a dry year, a year in which much of the forest in Maine burned. However, in that burning, the choke hold on the land held by the thick pine forest was broken and in the aftermath, alder, birch, aspen, maple and other deciduous trees grew back. It was those deciduous trees that made the earlier reintroduction of beaver to the island successful. Regrowth happened naturally and in large part the human improvements to the park area were rebuilt with funds donated by John D. Rockefeller Jr.

Cadillac Mountain (1,528 feet, named for Antoine Laumet de La Mothe, Sieur de Cadillac, a French explorer in the late 1600's) is the highest prominence within 25 miles of the Atlantic Coast between the Cape Breton Highlands in Nova Scotia and the volcanic peaks of southern Mexico. From 1883 to 1893 a cog railroad was carrying tourists to the Green Mountain Hotel on the summit of Cadillac Mountain. Traffic couldn't have been that good as the hotel burned (in mysterious circumstances) in 1895 and the railroad was sold to a group that moved it to New Hampshire where it became part of the cog railroad that ran to the summit of Mount Washington. With a paved road and several hiking trails leading to its summit, Cadillac Mountain still sees the lion's share of the estimated 2 million annual visitors to the park.

Today, Acadia National Park encompasses abut 47,000 acres with 30,300 acres on Mount Desert Island, 2,728 acres on Isle au Haut and 2,366 acres on the Schoodic Peninsula. The permanent park bounday was set by an Act of Congress in 1986 and includes a number of private in-holdings which the National Park Service is trying to acquire. Most of the park's land on Mount Desert Island was donated by private individuals in the early 1900's. The Schoodic Peninsula District was added to the park in 2002 with the acquisition of the Schoodic Navy base. That former Navy base has since been renovated into the Schoodic Education and Research Center, the largest of about 20 National Park Service research learning centers.

The park offers several visitor centers and a couple museums but what's open to the public varies with the seasons. The park headquarters is open year round from 8 am to 4:30 pm. Headquarters is open daily in November and December (except for Thanksgiving Day, Christmas Eve Day and Christmas Day) and again from March 1 to April 15. The rest of the year the office is only open Monday through Friday. The other visitor centers are generally open from around mid-April to mid-October. There are three campgrounds in the park but only the Blackwoods Campground is open year round. Seawall Campground is open from late May through September and Duck Harbor Campground (on Isle au Haut) is open from May 15 to October 15 (permit required). From December through March, the Blackwoods Campground is primitive, walk-in only, permit required. Most of the Park Loop Road is closed from December 1 to April 14 and the unpaved roads in the park are closed from November 15 to May 15.

A view of Jordan Pond 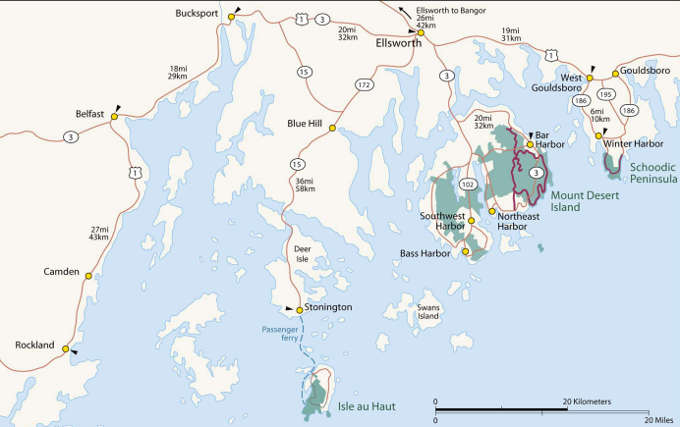 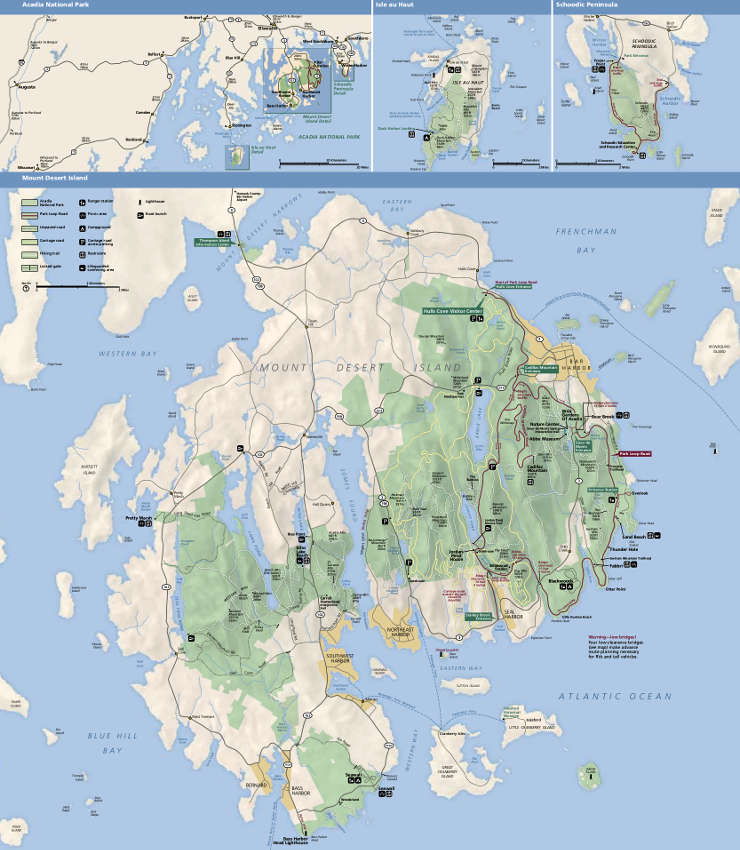