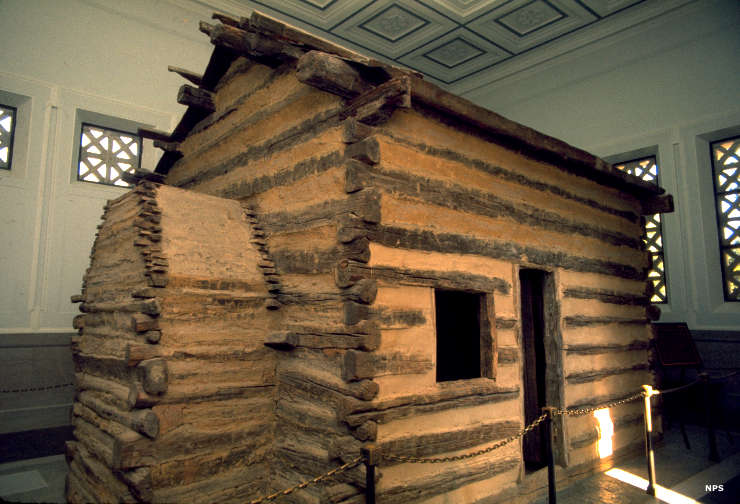 The reconstructed Lincoln cabin inside the Memorial Building 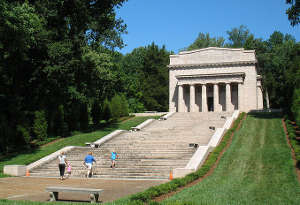 The original log cabin he was born in was dismantled (and parts reused) sometime before 1865. A New York businessman bought the property in 1894 and built a reconstructed log cabin on the site using some of the logs from the cabin where the original logs were supposedly reused. Shortly thereafter, that cabin was dismantled and traveled around the country being erected and dismantled several times at different exhibition venues. Eventually, the Lincoln Farm Association bought the collection of logs and tried to reassemble it on the original site. That's when workers discovered the logs were mixed together with logs from several different cabins. At that point they bought a log cabin very similar to the original cabin and had it reconstructed inside the Memorial Building that was then in place on the site.

The Knob Creek site was added to the National Historical Park in 2001. That site also contains a replica cabin in addition to a historic 20th century tavern and tourist site. On the Sinking Spring Farm site is the Nancy Lincoln Inn, a privately owned property that has served visitors to the birthplace for many years.

The visitor center at the main section of the park is open in summer (late May to early September) from 8 am to 6:45 pm and the rest of the year from 8 am to 4:45 pm. The Knob Creek Unit is open to the public during daylight hours year round. There are no fees involved. 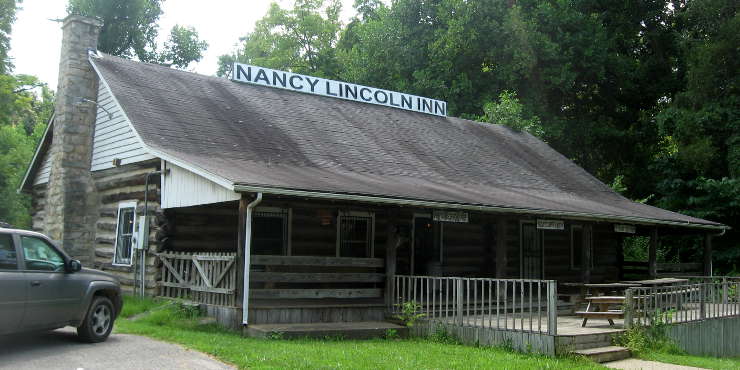