Hawaii is one of those places whose name conjures up visions of white sandy beaches, smoking (erupting) volcanoes with hot, red lava flowing, and huge waves crashing over surfers' heads.

Hawaii is a chain of volcanic islands in the central Pacific Ocean. The land mass is spread across hundreds of islands, stretched out across 1,500 miles of water. There are eight main islands: Kauai, Oahu, Niihau, Molokai, Kahoolawe, Lanai, Maui and Hawaii (the Big Island, to most folks). All of the islands are volcanic in origin, formed as their tectonic locations drifted across a stationary hotspot deep in the Earth's crust below. What we see as islands are the sea mounts of undersea volcanoes, and the total rise of those undersea volcanoes from the ocean floor to the summit of Mauna Kea is about 33,500 feet, higher than Mt. Everest above sea level (29,028 feet). However, the slopes of Mt. Everest are much more stable than the slopes of these volcanic islands. Earthquakes, landslides and tsunamis are a regular problem in Hawaii. 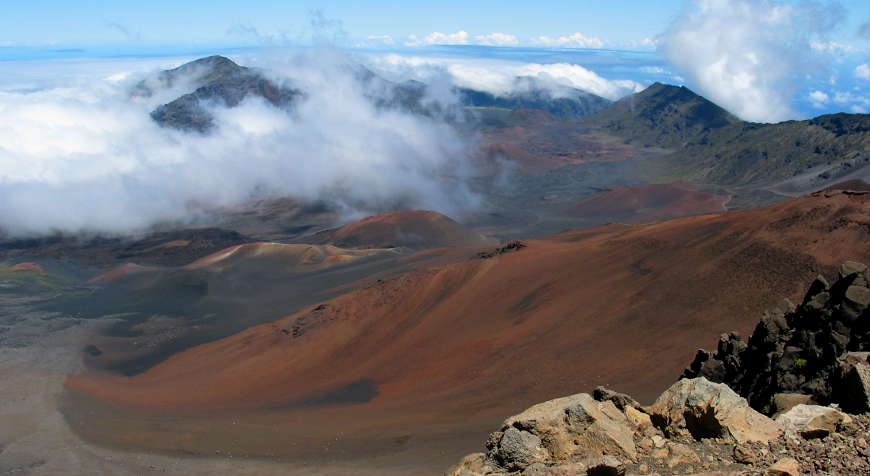 The crater of Haleakala on Maui 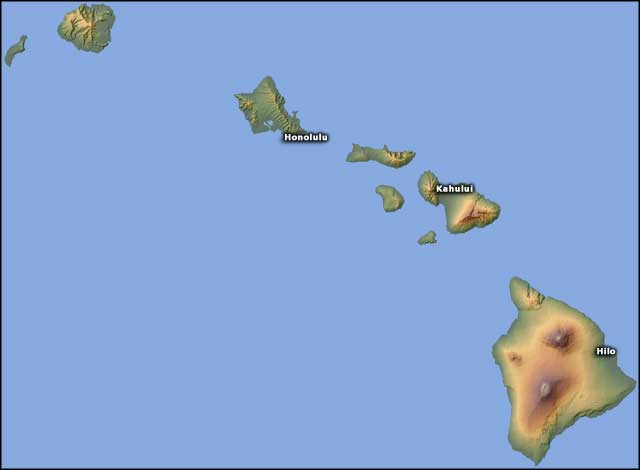