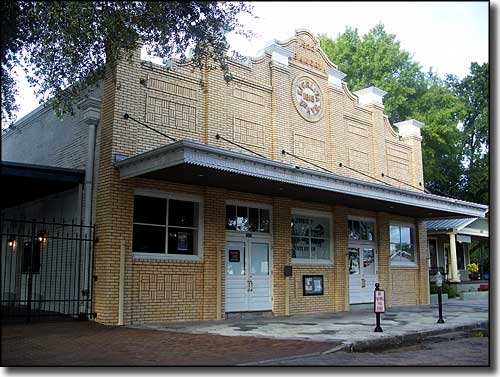 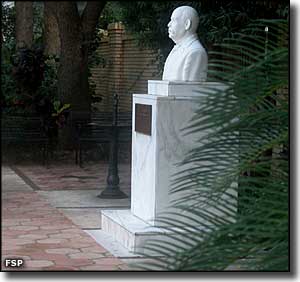 Ybor City was founded by Don Vicente Martinez Ybor in 1886. Ybor came to the area, bought 40 acres and built a cigar factory that turned Ybor City into the "Cigar Capital of the World." At its peak, the Ybor Cigar Factory employed more than 4,000 workers, most of them hand-rolling cigars. The business flourished until the 1930's when the Depression cut into the business heavily and cigarettes first came on the market. It was also about that time that the first cigar-rolling machines appeared.

Ybor City Museum State Park is an urban state park dedicated to preserving the unique cultural heritage of this Latin neighborhood. The museum itself is housed in what was once the Ferlita Bakery (in operation until the 1960's).

Ybor City Museum offers self-guided exhibits of the cigar-making industry and of the cultural roots of Ybor City. Among the exhibits there is a video presentation and audio and written information. There is a restored cigar worker's house at La Casita (just down the street), open to the public from 10 am to 3 pm daily.

Ybor City is a designated National Historic District. Guided tours of the museum and the historic district are available Mondays through Saturdays.

Ybor City Museum State Park is located at the corner of 19th Street and 9th Avenue in Tampa. The museum is open from 9 am to 5 pm every day except Thanksgiving, Christmas and New Year's Day. 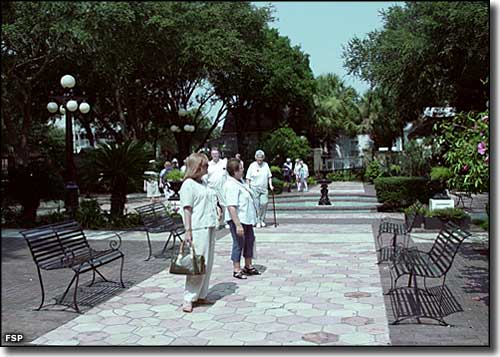 In the garden courtyard at Ybor City Museum

Some other scenes in the Ybor City Historic District: 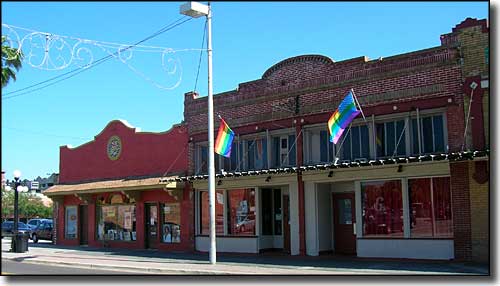 A couple shops on 7th Avenue 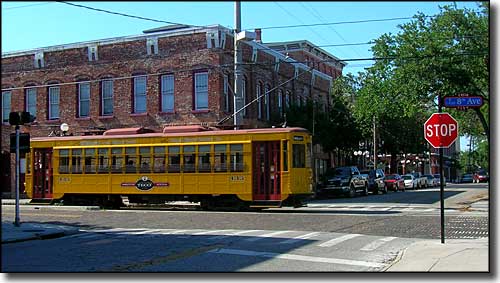 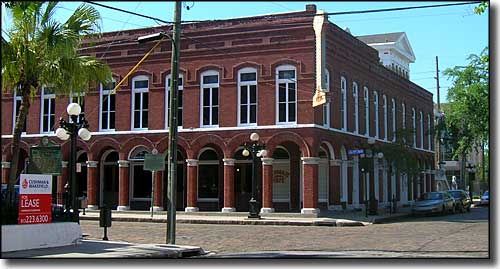 Ybor Square used to be the commercial center of Ybor City 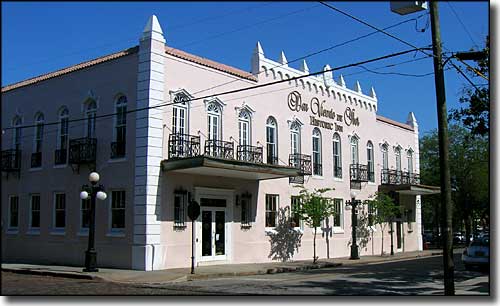 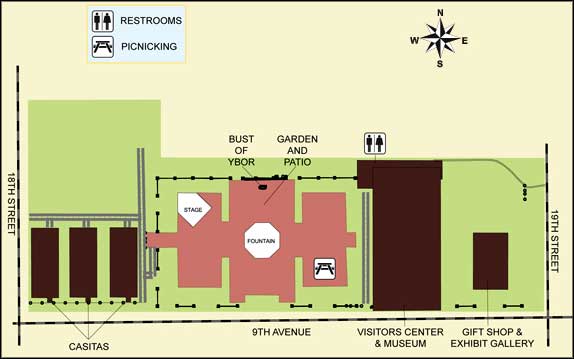