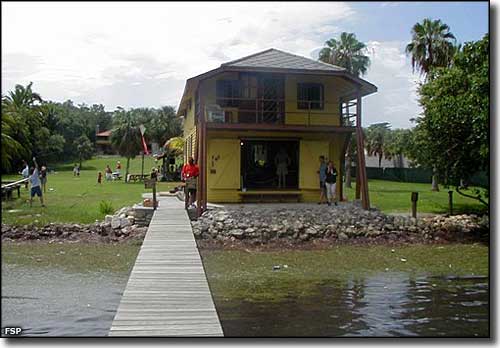 The boathouse at The Barnacle Historic State Park 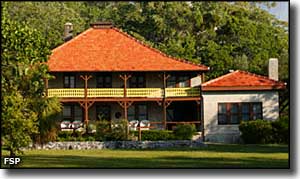 The Barnacle was built on the shore of Biscayne Bay by Ralph Middleton Munroe in 1891. Munroe's principal passion in life was the designing and building of sailboats. He was one of the founders of the Biscayne Bay Yacht Club and he served as Commodore for 22 years. During his life, he drew up the plans for 56 different sailboats. Munroe's descendants lived on the property until it became a Florida State Park in 1973.

In building the main home, Munroe used his knowledge of sailboats and traditional Caribbean home construction in implementing a design that would withstand hurricanes, the force of time and the vagaries of the sun-drenched, tropical location. Munroe also built a state-of-the-art boathouse, complete with a workshop, blacksmith shop, nearby sawmill and marine railway to get boats out of the water and into the shop for maintenance and repairs. His original boathouse was destroyed in a hurricane in 1926 but he redesigned and rebuilt it. He died before it was truly put to the test but the boathouse survived the devastation of Hurricane Andrew in 1992.

Today, this property is one of the last remaining pieces of what was once the vast Miami Hammock: a tropical hardwood hammock that blanketed the region between the Everglades and Biscayne Bay. Visitors get to walk through sections of the tropical hammock and visit the oldest residence in Miami-Dade County that is still standing on its original foundation. The park offers interpretive exhibits about Commodore Munroe and the early days of Coconut Grove. Several picnic tables are available in shady areas and the available restrooms are universally accessible.

The Barnacle Historic State Park is open from 9 am to 5 pm, Friday through Monday. Tours of the home are offered at 10 and 11:30 am and at 1 and 2:30 pm. Group tours can make advanced reservations and get a tour of the property on Wednesday and Thursday. The Barnacle is always closed on Tuesday, Thanksgiving, Christmas and New Year's Days. To get there: The Barnacle is located at 3485 Main Highway, in the Coconut Grove area of Miami. 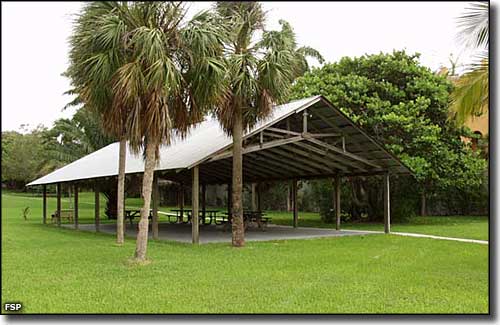 A picnic pavilion at The Barnacle Historic State Park 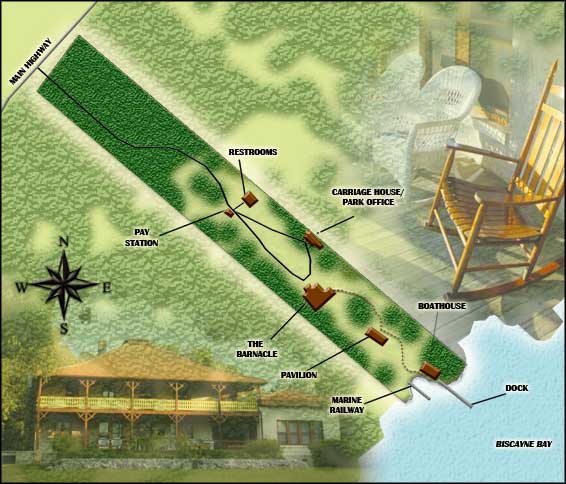