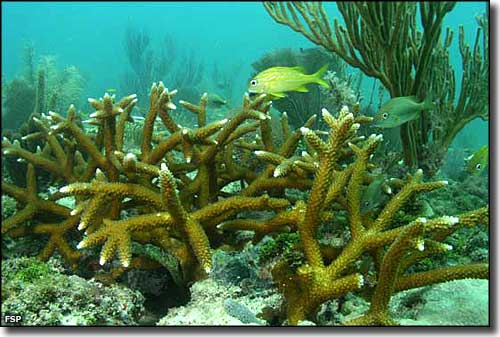 On July 13, 1733, the 287-ton Dutch-built San Pedro sank during a hurricane. The ship was part of the New Spain Fleet and many of the ships in that particular flotilla also sank during that hurricane and their wrecks are strewn along the length of the Florida Keys. The fleet had left Havana the day before, bound for Spain with full loads of agricultural products and material loot (including gold). The San Pedro went down just off Lower Matecumbe and Indian Keys. The wreckage was discovered by a salvage crew in the early 1960's and when they were done, there was nothing left on-site except the ballast stones the ship carried to keep its balance on the sea.

Today, the shipwreck site has had seven replica cannons, a contemporary anchor and an interpretive plaque added to it so folks get a better idea of what they are looking at. One thing, though: the site is in water usually about 18' deep about 1.25 miles south of Indian Key and is only reached by boat. To prevent damage to the site, the state has provided mooring buoys to tie up to. But this park is designed for use by scuba divers and snorkelers so have a good time! Make sure you have a "Diver Down" flag on display while you are in the water.

San Pedro Underwater Archaeological Preserve State Park is open for day use only, from 8 am until sunset every day of the year. There are no entry fees involved. 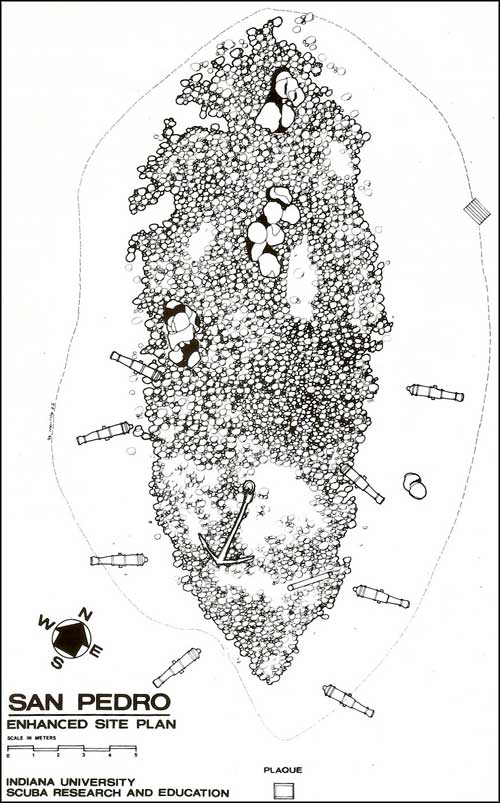