Originally a 1,000-acre plantation, Kingsley Plantation is now a 60-acre property held by the National Park Service. The "Kingsley" name comes from Zephaniah Kingsley, a man who owned the place for 25 years in the early 1800's. The property is situated on the northern tip of Fort George Island and today, it is contained entirely within the 46,000 acres of the Timucuan Ecological & Historic Preserve.

The Kingsley family enjoyed the longest span of ownership of the property. They were a multi-racial and polygamous group, both resistant to and controlled by the forces of slavery and race. After the Kingsley's gave the property up, it saw a succession of other owners and was inhabited at times by freed slaves until it was transferred to the State of Florida in 1955. The National Park Service came into ownership in 1991. The buildings on the property were the main interest of the National Park Service. The owner's house was built around 1797 but there is also an attached kitchen house, a barn and a collection of historically significant slave cabins. Researchers have found a lot of artifacts around the slave cabins that have given invaluable insight into the African traditions extant among recently arrived slaves. Zephaniah Kingsley himself wrote a legal defense of slavery and elaborated on a three-tier social system that recognized the rights of free people of color.

Fort George Island is a marsh island at the mouth of the St. Johns River. This is an area of tidal estuaries, swamps and marshlands. This part of the Florida peninsula had been occupied for hundreds of years by the Timucua. The arrival of the Spanish in 1513 was a complete and unmitigated disaster for the natives: thousands of them died from exposure to European diseases that they had no immunities to. By the year 1800, the Timucua were virtually wiped out. But they left behind a large shell mound on Fort George Island.

Spanish settlers established a mission on Fort George Island named San Juan del Puerto. The British came along a few years later and established several plantations in the area. Then the Spanish got control of Florida again and went about recruiting Americans to settle and farm in the area. The Spaniards gave Fort George Island to one John McQueen, who built the owner's house on the plantation. However, he shortly went bankrupt and the property was taken over by John McIntosh. McIntosh made the mistake of taking part in the failed "Patriot Rebellion" against the Spanish authorities and he was forced to run for cover in Georgia to escape the Spanish wrath.

Zephaniah Kingsley leased the Fort George Island property from McIntosh in 1814 and bought it outright in 1817. Kingsley was a shipping magnate and slave trader who was married to a newly arrived slave that he'd bought at the slave auction in Havana in 1806. He emancipated her and their three children in 1811 and had her managing a couple of plantations for him (he owned several in the Jacksonville area and in central Florida). In Florida at that time, marriages between white plantation owners and African women were common. Slavery under the Spanish was a significantly different institution than under the Americans. The Spanish encouraged slaves to buy themselves and there was a whole class of free people of color under their rule. Many free blacks owned their own slaves. This was possible because under Spanish control, slaves were given a quota of work to be fulfilled. When they were done, they were allowed to do whatever they wanted. Many of them produced food and crafts which they sold for a profit.

In 1811, Kingsley was kidnapped and forced to endorse the Patriot Rebellion. After signing the paper he was released and he disappeared into parts unknown. The Patriots descended on his Laurel Grove plantation and grabbed 41 of his slaves, sending them north to the States as booty. From Laurel Grove they carried out a series of attacks against other plantations in the area. Anna took all their children and a dozen slaves and met with the Spanish who were anchored in the St. Johns River at the time. She negotiated their safety, then returned with Spanish troops and burned the structures at Laurel Grove to the ground. Then she and the Spaniards went from the Kingsley property to her homestead on the east bank of the river and she burned that place, too. For this action, the Spanish granted her 350 acres of her own land.

When Kingsley leased the Fort George Island property, the place had been looted and vandalized with only the owner's house left standing. He traveled a lot with his business so she rebuilt the place and then added the kitchen house and barn. She also had the slave cabins built. The kitchen had a room above it where Anna and her children lived.

Over the years, Kingsley married three other former slaves, two of whom had previous children. Visitors to his plantation sat at the dinner table with his whole family and he was proud of all his children. He provided them all with the best education he could afford, too. However, when Florida was transferred into the control of the United States, things began to change. Kingsley was appointed to the Florida Territorial Council by President James Monroe in 1823. He watched as increasingly, the Florida Territorial Council passed laws further restricting the rights free blacks had enjoyed under the Spanish. Then interracial marriage was banned.

Kingsley published a treatise defending slavery in 1828. His argument was based on the idea that color and condition were two separate qualities and these qualities were confused and confounded by the legislators because of their own prejudice and fears. When the Territorial Council passed laws restricting the rights of free blacks and mixed race descendants to inherit property, he sent most of his family to Haiti and sold the Fort George Island plantation to Kingsley Beatty Gibbs, a nephew. In Haiti, his family and their former slaves (Haiti didn't allow slavery but did allow indentured servants) worked a plantation about 30 miles from Port Platte.

Kingsley died in 1843 and left everything to his wife Anna. An inheritance dispute with some of Kingsley's white relatives caused Anna to return to Florida in 1846 and pursue her case through the courts. The court finally ruled in her favor, citing a treaty signed between Spain and the United States guaranteeing that all free blacks born before 1822 in Florida enjoyed the same legal privileges that they'd had under Spanish rule. She and her children kept control of Kingley's Florida properties for several more years but they were evacuated from the area by Union forces when the Union took Jacksonville in 1862. She returned to her plantation in 1863 and died there in 1870 at the age of 77. Kingsley's nephew had sold the Fort George Island plantation in 1852 and moved to St. Augustine.

The Freedman's Bureau was managing the island in the late 1860's, with former slaves living in the cabins and farming the land. John Rollins, a wealthy New Hampshire farmer bought the island in 1869 and tried to make a go of it as a farmer. It didn't work as well as he'd wished so he turned the place into a tourist resort of sorts. He built a large luxury hotel and attracted celebrities like writer Harriet Beecher Stowe and banker William Astor. During that time he was displaying the former slave quarters as tourist attractions. Then, in 1888, the hotel burned. He turned to citrus farming at that point but his crop was wiped out in the great freezes of 1894 and 1895. Rollins' daughter's family held onto the property after that, finally selling it to private investors in 1923. There were two private clubs built on the property in the 1920's but the Great Depression and World War II ended that action. Finally the Florida Park Service came into ownership in 1955 and began a restoration project in 1967. They transferred the property to the National Park Service in 1991.

Zephaniah Kingsley was apparently an unusually permissive slave-owner. He armed his slaves for their own protection and gave them padlocks for their cabins. He ran his plantations on the task system (each slave had a particular appointed job for the day and when they finished that job, they were free to do whatever they wanted) rather than the gang system (prevalent in the cotton and tobacco plantations in other areas of the South where usually a slave was given the job of driving other slaves to work harder and longer, for the entire day). With Kingsley's method, he never had a problem with bad behaviors or escapes and such. He also had a tendency to train his slaves for particular jobs, educating them about agriculture and teaching them to be skilled artisans. Slaves that he sold usually fetched a 50% premium at the slave market.

Kingsley's youngest sister's daughter was part of the family that tried to keep Anna from inheriting Kingsley's estate. Her name was Anna MacNeill and she was the woman who posed for her son, the famous painter James Whistler, in his Arrangement in Grey and Black: The Artist's Mother (also known as Whistler's Mother).

A white woman by the name of Susan L'Engle often came to the plantation to visit Kingsley about business matters. As he was often out of town, she'd stay and visit with Anna and the two would swap stories of their childhoods. Children's author Madeleine L'Engle heard some of these stories from her great grandmother Susan, and she wrote them into her book Summer of the Great Grandmother. The "African Princess" character in the book was based on Anna Kingsley. 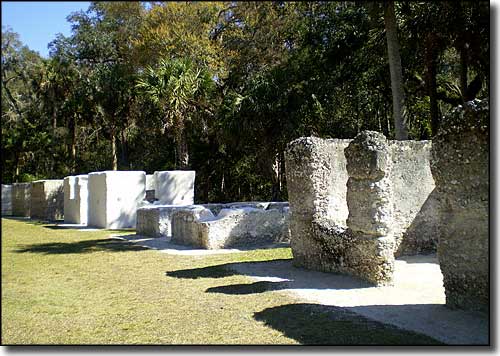