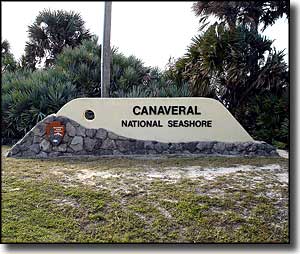 The 57,662 acres of Canaveral National Seashore were set aside by Congress on January 3, 1975. This was an effort to protect the longest (24 miles) stretch of undeveloped beach on the Atlantic Coast of Florida.

About 9 miles south of New Smyrna Beach (at the northern end of the national seashore), you'll find Turtle Mound. At 50' in height, Turtle Mound is the largest shell midden on the mainland United States. The mound is composed of oyster shells mixed with other refuse. It was built by the prehistoric Timucuan people between 800 CE and 1400 CE. Early European explorers used the mound as a landmark and it was listed on the National Register of Historic Places on September 29, 1970. Many of the plants growing out of Turtle Mound represent the northernmost point of growth for their species, allowed here by the heat retention characteristics of the huge mound of shells.

The Nature Conservancy is active in this area, participating with the University of Central Florida in a 40-acre restoration of oyster-reef habitat in Indian River Lagoon on the very southern end of Canaveral National Seashore. 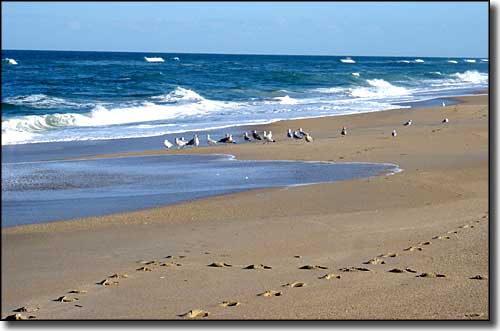 Sea gulls on the beach 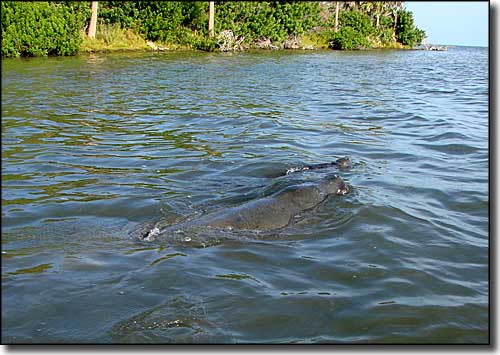 A pair of manatees swimming in Mosquito Lagoon 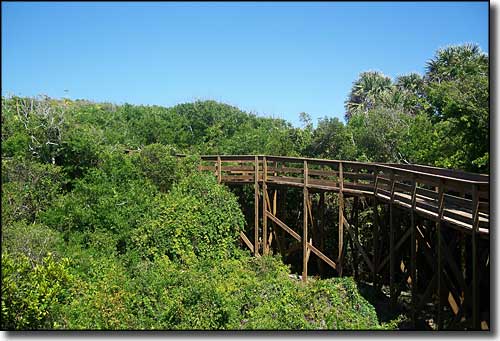 Boardwalk to the summit of Turtle Mound
Canaveral National Seashore