The historic district in Centreville 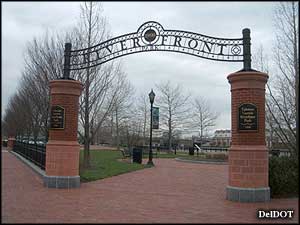 The Harriet Tubman Underground Railroad Byway follows the route by which several thousand slaves were helped to reach freedom in the years before the Civil War. Delaware was the last slave state on the route and safe passage across the state was critical. Thomas Garrett, a Quaker who lived in Wilmington, was the central person in organizing the railroad across Delaware.

This Byway route is about 95 miles long and visits many of the stops along that old route to freedom. The southern terminus of the route is at the end of the Maryland Harriet Tubman Underground Railroad Byway at the State Line in Kent County. From there it passes by known Underground Railroad sites in Camden and Dover, then continues north on US Highway 13 through Smyrna, then on State Highway 15 to Middletown and Odessa where it moves to State Route 9 (the Route 9 Coastal Heritage Scenic Byway) and runs along the Delaware River To Wilmington. In Wilmington there are 13 Underground Railroad sites to visit before the byway follows the Kennett Pike (part of the Brandywine Valley Scenic Byway) north out of town to the Pennsylvania border. 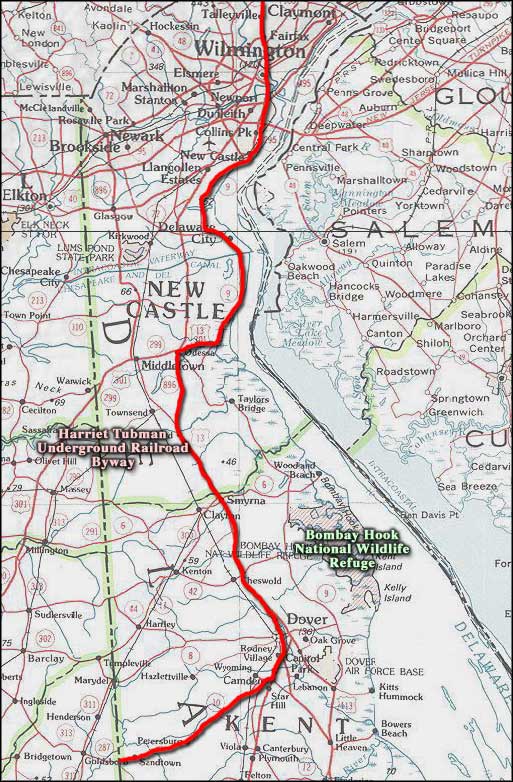