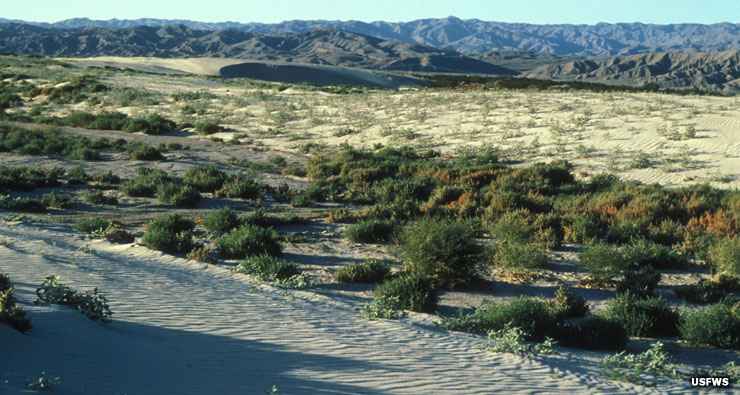 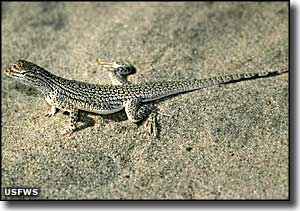 The major work being done at Coachella Valley NWR is habitat restoration. There are several stands of imported salt cedar being removed from the property in order to facilitate better sand movement. One hundred years of residential, agricultural and industrial development in the Coachella Valley has been threatening local sand sources and wreaking havoc with the fringe-toed lizard's habitual travel corridors. For thousands of years the Cahuilla Indians were the only inhabitants of the valley. Now, more than 100,000 people live here permanently and more than 1 million visit the area every year.

This dynamic sand dune habitat is also home to one of the most ecologically diverse desert communities in North America. Many of the other species of plants and animals are also extremely rare and found only in this neighborhood on the planet. Climate change, evolution and human encroachment have made them all extremely dependent on this last vestige of what was once a far larger sand dune ecosystem. At one time, this northern extension of the Colorado Desert offered about 270 square miles of loose, wind-blown sand to these creatures. At this point in time, that habitat has been reduced to less than 50 square miles of blowsand habitat in fragmented patches scattered through the valley from Indio to San Gorgonio Pass.

Surveys of the habitat and counts of surviving lizards are conducted every year in the spring and early fall.

Coachella Valley National Wildlife Refuge is administered as part of the Sonny Bono Salton Sea National Wildlife Refuge Complex. The Nature Conservancy operates a visitor center (manned by volunteers) at the Thousand Palms Oasis. There is a 1-mile hiking trail from there that leads across the San Andreas fault line and through a wash to end at the McCallum Palm Grove. In the visitor center you'll find brochures with information about longer hikes and equestrian trails in the area. Coachella Valley Preserve is open from sunrise to sunset daily except for July and August. Because there are five different agencies involved in the management of the property, public use rules can vary radically from one area to another. 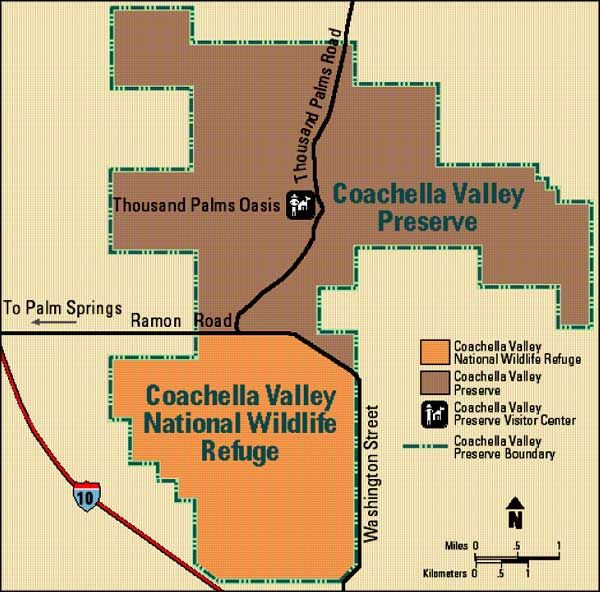