The land is carpeted in a thick rainforest of cedar, hemlock and spruce intersperesed in the lowlands with deep muskegs of sphagnum peat. Elevations range from sea level to more than 2,000 feet. Rainfall averages 160 inches per year... 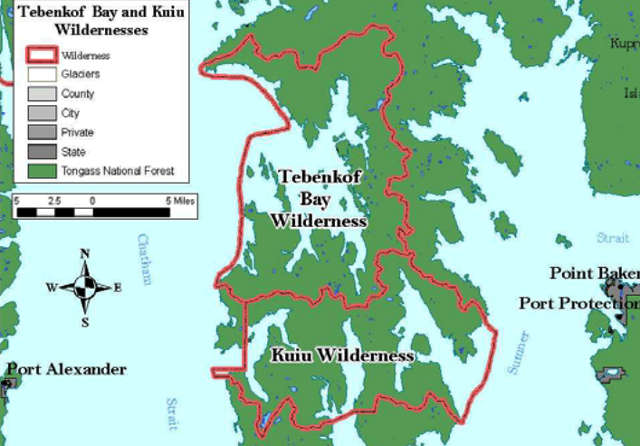