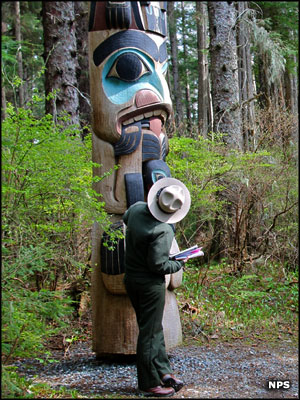 Amid towering spruce and hemlock, Sitka National Historical Park preserves and protects the site of an 1804 battle where the indigenous Kiks.adi Clan of the Tlingit tried to fight off Russian invaders. The property is Alaska's oldest federal park, established in 1890. The park became a National Monument in 1910 and a National Historical Park in 1972. All that is left of the battlefield of the last major battle fought between Northwest natives and European invaders is a clearing at the site where the Tlingit fort once stood. However, Sitka itself contains several examples of Russian colonial architecture, a primary of which is the Russian Bishop's House, a log structure built in 1843 that now sports refurbished living quarters, a series of exhibits of Russian colonial life in Alaska and the Chapel of the Anunciation. The Russians governed Alaska from 1791 to 1867, first from an outpost on Kodiak Island, then from Novo Archangelsk (now known as Sitka).

The actual Battle of Sitka was several years in the making. The Tlingit had been there for centuries, living in a village they knew as "Shee Atika." Their cultural was mostly based on their ability to wrest a living from the sea but they also traveled far to the east and often traded furs, shells and other goods with the Athabaskan tribes in the interior of Canada. The Russians were attracted by the bountiful supply of furs they saw. As the Tlingit had recently been exposed to sugar, tobacco and firearms at that time, the Russians could have made excellent trading partners. But the Russians were interested in more than just furs, they wanted free labor and allegiance to the Czar. That didn't go over well with the natives who'd long been self-reliant and didn't appreciate anyone meddling in their lives. That led to an attack on a Russian outpost named Redoubt Saint Michael and the Tlingit killed nearly all the Russians and their Aleut allies at the settlement.

That happened in 1802 and the Russians returned in 1804, demanding the Tlingit surrender their village. The Tlingit responded by withdrawing into a fort they'd built just east of their village. On October 1, 1804, four Russian Navy ships proceeded to shell the fort but did little damage. Then they sent troops ashore. The Russian soldiers and Aleut warriors were easily repulsed. Then began a six-day siege of the fort. During the night after the sixth day of fighting, the Tlingit quietly abandoned the fort and disappeared into the forest. The Russians immediately razed the village and built a fortified town on the spot. That town they named Novo Archangelsk and it became the official capital of Russian Alaska in 1808. 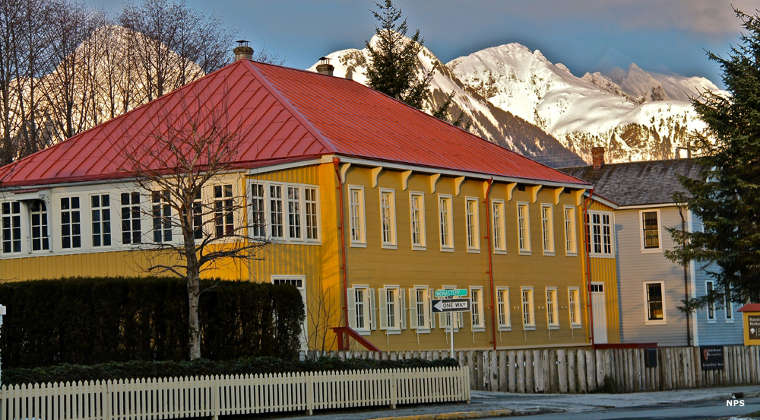 Looking south from the park beach 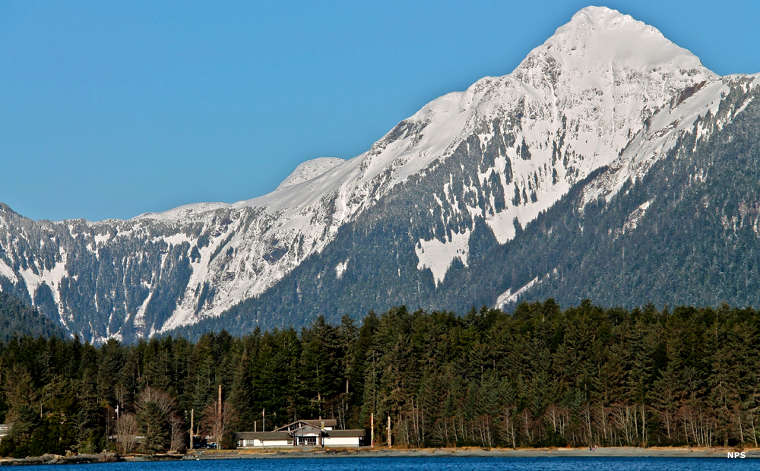 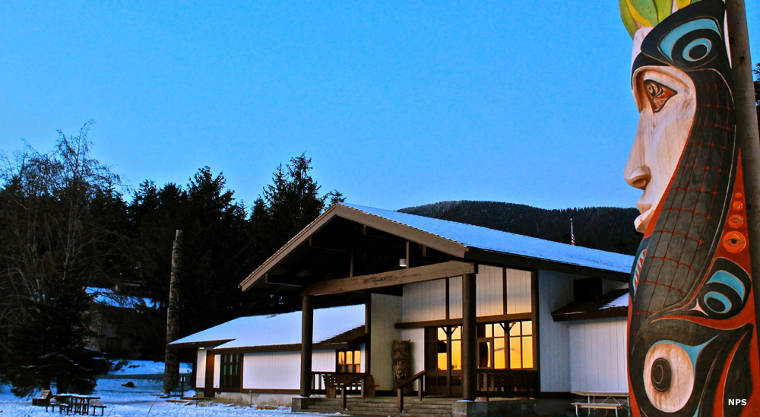