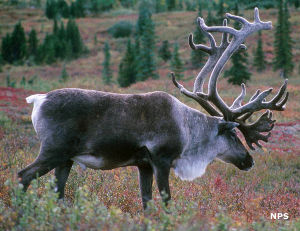 The Alaska National Interest Lands Conservation Act of 11000 changed Lake Clark from a National Monument to a National Park. At the same time, about two-thirds of the 4,030,015-acre property (2,619,550 acres) was designated wilderness.

Located near the juncture of the Alaska Peninsula with the mainland, Lake Clark National Park offers something of everything: two extensive mountain ranges come together (the Alaska Range and the Aleutian Range meet in the Chigmit Mountains), a coastline with rainforests in the east, a tundra-covered plateau on the west and a multitude of turquoise lakes in between. This is the area of the Alaskan Alps, an area where hundreds of waterfalls drop off the mountains, then off the plateaus and cliffs to thunder onto the rocky beaches... The two highest points on the property, Mount Redoubt (10,197') and Mount Iliamna (10,016') are both active volcanoes with Mount Redoubt last erupting in the spring of 2009. 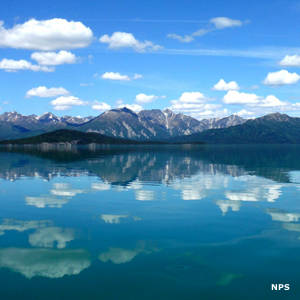 The centerpiece (and namesake) of the park is Lake Clark, a 50-mile long glacier-fed pool of water that reflects the tall and ragged spires of rock that rise around it. Lake Clark sits directly atop the Lake Clark Fault, a 150 mile long crack in the Earth that marks the boundary between the Aleutians and the Alaska Range, the boundary between the Pacific plate and the North America plate.

The eastern and southern sections of the park tend to be forested while the higher and drier north and west (on the other side of the Chigmit Mountains) are mostly tundra. The southern sides of the Chigmits themselves produce larger trees in thicker forest... It's that combination of wind lift and greater airborne moisture that helped create the many glaciers in the Chigmits. The Chigmits were formed by massive intrusions of molten granite coupled with the uplift of existing rock layers but the jagged peaks and spires and the wide U-shaped valleys we see today were shaped by at least three major glacial advances and retreats.

The southeastern edge of the park is on Chinitna and Tuxedni Bays, 123 miles of coastline on Cook Inlet across the water from the Kenai Peninsula: simply spectacular, wildlife-filled countryside, heavy on the bears and cliffside bird rookeries. Those same cliffs also hold invertebrate fossils up to 150 million years old.

The only access to the park is via small aircraft. There are no roads, same as there are no developed facilities (this is even a fully trail-less park). The park averages around 5,000 visitors per year: there are more moose, red fox, wolves, wolverines, bears, Dall sheep and caribou on the property than that. But if you're looking for a real wilderness adventure in a really remote and beautiful place, this might be it. As one ranger says, "When hiking here, one mile per hour is moving really fast." 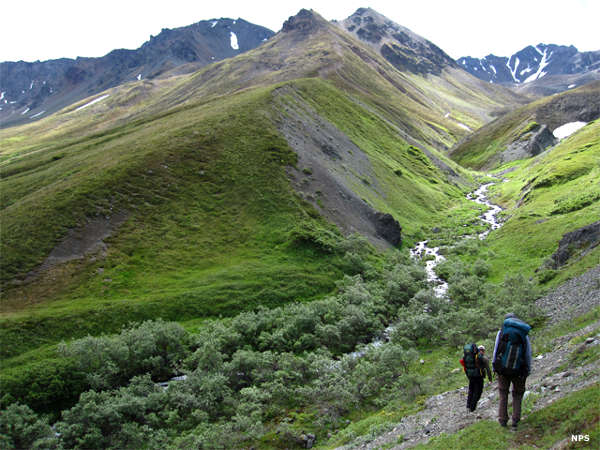