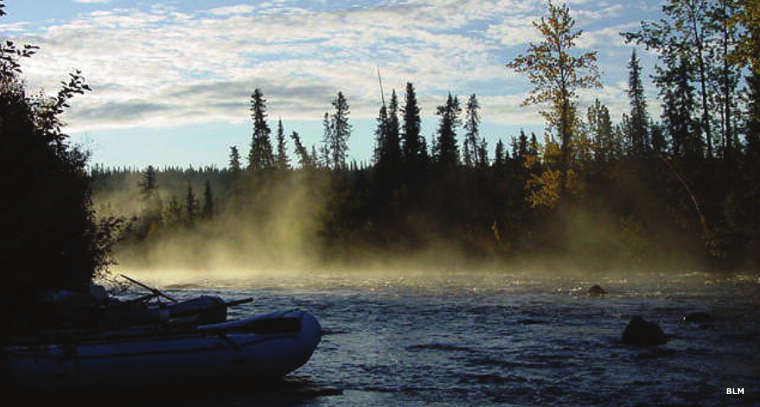 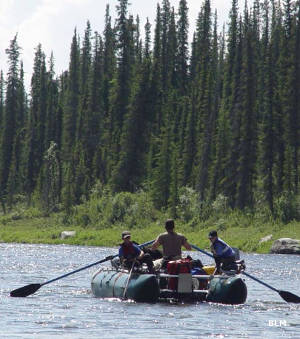 The Gulkana Rive flows east and south in central Alaska, draining an area of the Alaska Range into the Copper River. The legal description of the Wild and Scenic River part is convoluted but essentially, 181 miles of the river upstream of Sourdough Campground are designated National River. This is an area of dense spruce forest and massively abundant wildlife: bears, moose, bald eagles, waterfowl. The fishing is also world class with huge salmon runs from early June into late July. The river also supports large populations of rainbow trout, lake trout and Arctic grayling.

The Gulkana is also a favorite among whitewater enthusiasts with Class ratings on the river varying from Class I to Class IV. A float from Paxson Lake to Sourdough Campground typically takes four days. Canyon Rapids, along that mainstem float, is classed as Class III to Class IV (difficult to very difficult). Some folks put in at the Delta National Wild and Scenic River Wayside and paddle across several lakes and carry across several portages to reach the Middle Fork of the Gulkana and float/portage that down to Paxson Lake. Some folks take a float plane to Dickey Lake and float/portage the Middle Fork from there.

While the West Fork is part of the Wild & Scenic River, access to it is rather hard. And once accessed, a float downstream can be very hard and the portages in some areas are reported to be "arduous." Dangers on all sections of the river include logjams, overhanging and submerged vegetation, very cold water, isolation and powerboats in the lower stream (below Sourdough Campground).

Below Sourdough Campground the river passes across Native American property. You'll want a permit, just in case, and be prepared to deal with motorboats. The BLM section of the river includes the river and land up to the high water mark so it is possible to camp on gravel bars along the way.

There are established primitive campgrounds every few miles along the river. Most are small and can only fit a couple tents and a few people. The BLM patrols the river regularly, looking to help people in need, deal with logjams and pick up the trash left by folks who just can't know any better. 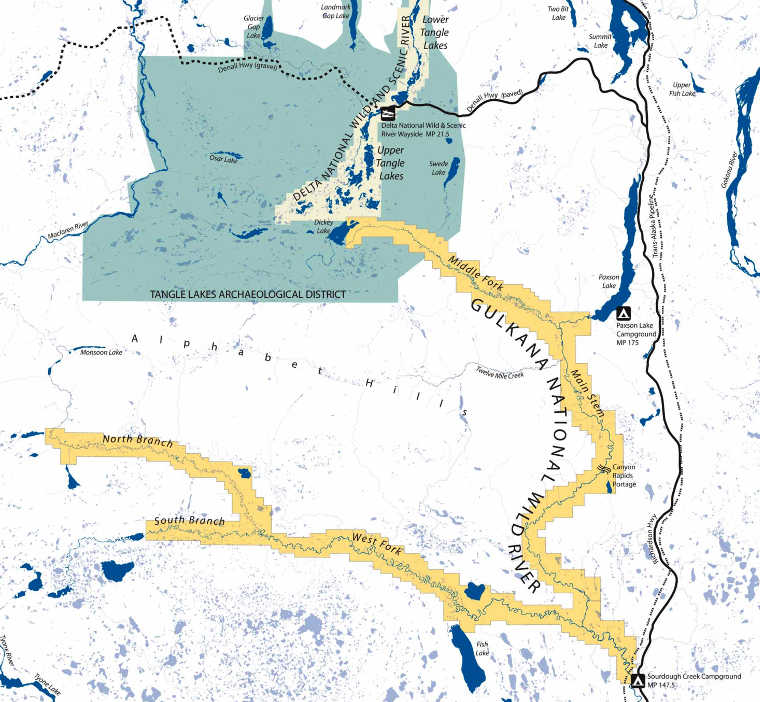