Watercress Darter National Wildlife Refuge is a 23-acre property in the suburbs of Bessemer, Alabama. Among the several ponds in the mixed pine-hardwood forest is Thomas Spring, an ancestral homeland of the endangered Watercress darter. The Watercress darter is a very colorful but small fish, the largest of the species maybe reaching 2.5 inches in length. The darter is found only in four sites near Birmingham, Alabama. All four sites are in the upper drainage of the Black Warrior River.

A favorite snack of bluegills, sculpins and sunfish, the watercress darter prefers to live at mid-depths in springs and spring runs among dense accumulations of watercress and other aquatic vegetation. This is also where the darter finds its favorite snacks: insect larvae, crustaceans and snails.

Thomas Spring was acquired in 1980 and a second pond was built on the property to increase acceptable watercress darter habitat in 1983. Thomas Spring is a tributary of Halls Creek, and it was in another tributary of Halls Creek (Glenn Spring) that the darter was first discovered in 1964. From about 1960 to 1980, Thomas Spring was dammed. That damming slowed the water flow and raised the water level so that dense vegetation could become established, providing the Watercress darter with optimum habitat. Then the former property owner put grass carp in the spring to clear out the vegetation. The grass carp did an exceptional job. When the US Fish & Wildlife Service was negotiating to buy the property, they only found one Watercress darter still surviving in the spring in 1980. As soon as the US Fish & Wildlife Service took possession, they removed the grass carp and the pond revegetated in just a few months. Then a small stock of Watercress darters was relocated from Glenn Spring to Thomas Spring and their population has been growing ever since.

A pond at the refuge

Back in 1980, Thomas Spring was in a rural area of Jefferson County, Alabama. These days, the suburbs of Bessemer have grown to surround the property and at this point, all watercress darter habitat is being impacted by that urbanization. Public use of the property is limited because of the sensitivity of the habitat but there are a couple of hiking trails with an interpretive plaque at Thomas Spring and an information kiosk at the parking area.

To get there: the property is located in Bessemer, Alabama, on the west side of Eastern Valley Road. The entrance to the parking lot is between the West Jefferson County Historical Society's MacAdory House and the stop light just to the north. 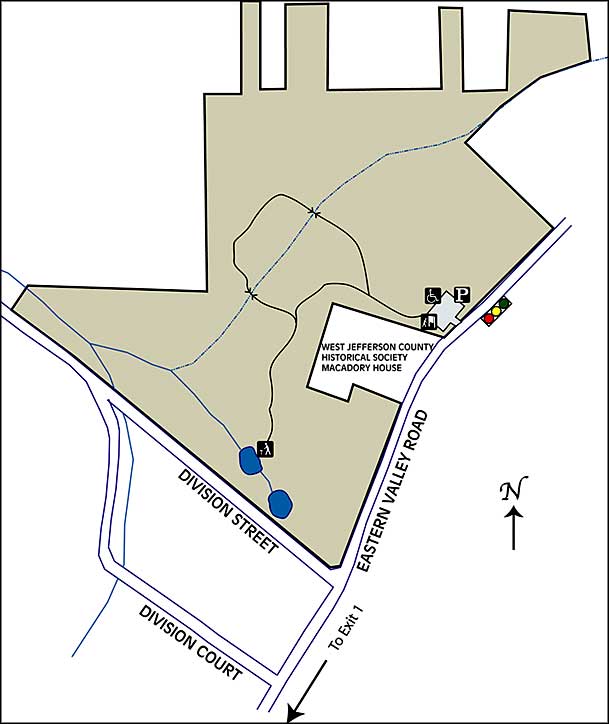